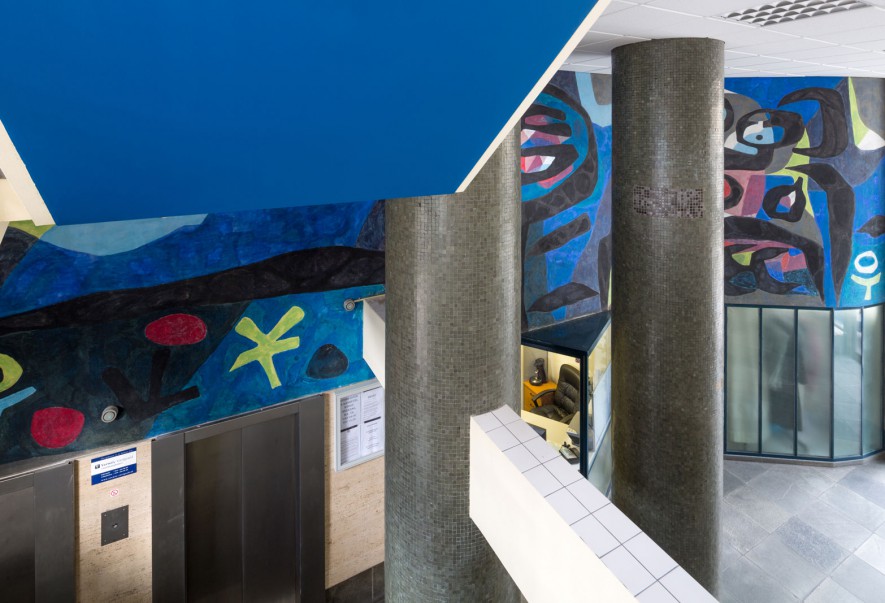 Z-Files #13 is entirely devoted to sculptor, graphic artist and painter Louis van Roode (Rotterdam, 1914-1964). The reason is the restoration of the mural in the Olvehflat, one of the ten apartments belonging to the national monument the Lijnbaan ensemble, recently made possible by Amvest and CBK R'dam. Van Roode played an important role in the reconstruction art of Rotterdam. His best-known works are the monumental glass-in-concrete artwork (1959) on the side wall of the Central Post building and the Erasmus wall mosaic (1954) on the Holbein House on Coolsingel in Rotterdam. This edition takes place in the hall of the Rotterdamse Schouwburg where, in the run-up to the Z-Files, attention is paid to the media wall for the monumental reconstruction art in Rotterdam. The host is Ernest van der Kwast. Z-Files, Art and the City is a live talk show in which art, public space and the city are discussed with interviews, lectures, presentations and mini-lectures. 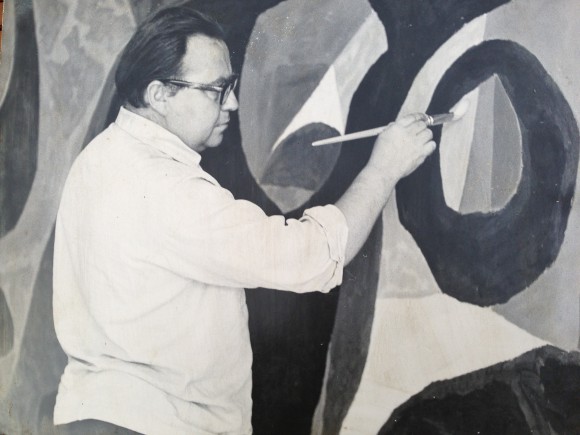 Ode to van Roode - Wilma Sütö
Wilma Sütö takes the audience at a glance along the well-known and less well-known reconstruction art of Louis van Roode. Wilma Sütö is a journalist and art historian. She worked as a critic for the Volkskrant for ten years and came to Rotterdam as a curator for City Collection at Museum Boijmans van Beuningen. She is now curator of modern and contemporary art at the Stedelijk Museum Schiedam, the museum for Dutch art after 1945.

Double interview - Woody van Amen & Robi van Roode
Woody van Amen, now known as the foreman of Dutch Pop Art, used to be the assistant to Louis van Roode. Robi, Van Roode's daughter was a good friend of his. Together they reminisce and allow us a glimpse into the artist's life. "What kind of man was Van Roode?" What was he like to work with? And what kind of father was he? "

Interview - Plea for Van Roode, Jan van de Pavert
Jan van de Pavert supports the artwork of Louis van Roode at Erasmus MC. This wall painting, an abstract work from 1960, will probably be demolished. Jan van de Pavert is also an artist himself. His work is mostly about the functioning of architecture and fictional spaces, in which history plays a role.

Interview - Louis van Roode, Willem Heijbroek monograph launch
Starting out as a graphic artist, Louis van Roode has developed into an important monumental artist, able to manage groups of employees and colleagues. Its versatility borders on the incredible. Willem Heijbroek made a first monograph on Van Roode. The focus is on his work and how Van Roode related to the then flourishing artistic environment in the city. The book is launched during the Z-Files and is for sale.

Interview - The state of Van Roodem, Simone Vermaat
In the interview with Simone Vermaat, collection advisor at the National Service for Cultural Heritage, attention is paid to reconstruction art and more specifically to the restored mural by Louis van Roode in the Olvehflat. Vermaat is co-author of Art of Reconstruction in the Netherlands 1940-1965, a publication about the rise, prosperity and decline of monumental art in the reconstruction period.

Rotterdam Late Night, Thu. 3 December 2015
Rotterdam Late Night, a monthly talk show about art, politics and architecture, also focuses on reconstruction in a special edition. The program is established in collaboration with BKOR. There are interviews, live music, a mini lecture and an ode to a special Rotterdammer. The presentation is in the hands of Ernest van der Kwast. 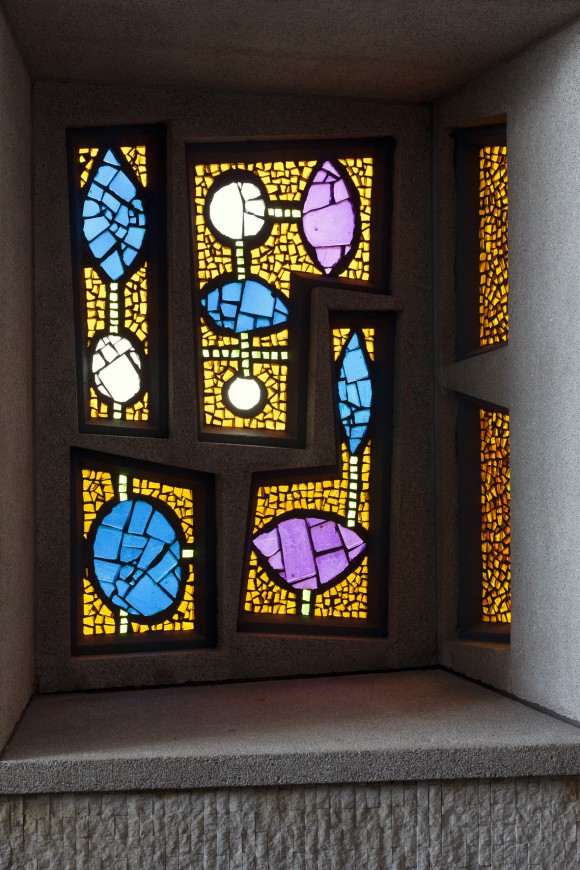 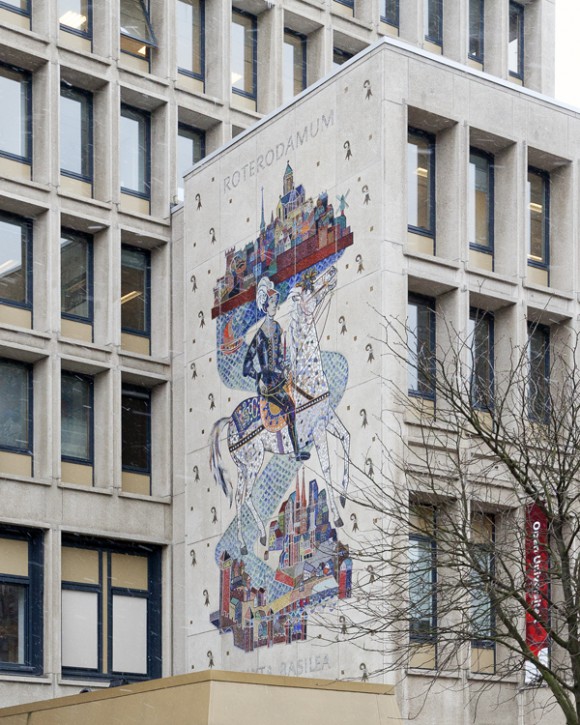 Z-Files, Art and the City is a program of Sculpture International Rotterdam and BKOR, which focuses on art, public space and the city through lectures, presentations and excursions. The aim of the program is to bring attention to the special collection of artworks in the public space of Rotterdam and to highlight current developments in the city. Production: Anne van Summeren. Host: Ernest van der Kwast. Thanks to the Rotterdamse Schouwburg and the guests of the evening.

Z-Files #12 Art and the City, Free Looking ahead, visions and some flashbacks from Art and the City
Z-Files #11: Street Art - Now & Beyond The 11e edition of the Z-Files is about Street Art.
Z-Files # 10: 1989 - John Körmeling On 16 April, SIR celebrates the return of work 1989 op Zuid with a Z-Files over and with John Körmeling.
Z-Files #8: Looking For Europe In the 8e edition of the Z-Files on Thursday 29 January, BKOR and WORM go 'Looking For Europe' in a talk show with films and guests.
Z-Files #7: Apples from Kees Franse The 11e Z-Files takes place on December 7, following the recently renewed 'Appels' by Kees Franse.
The first Z-Files newspaper is out! The first edition of the Z-Files newspaper appeared in September 2014.
Z-Files # 6: Breytenbach and Lucebert In response to renovated works by Breytenbach and Lucebert, Ernest van der Kwast talks to Breytenbach and Kamargurka
Z-Files # 5: Erik van Lieshout This edition of Z-Files revolves around the work of artist Erik van Lieshout, and his relationship with Rotterdam South.
Z-Files # 4: The Individual Parallel - Bilderberg Utopia by Willem Oorebeek Unveiling of new work in the SIR collection of visual artist Willem Oorebeek preceded by a mini-symposium.