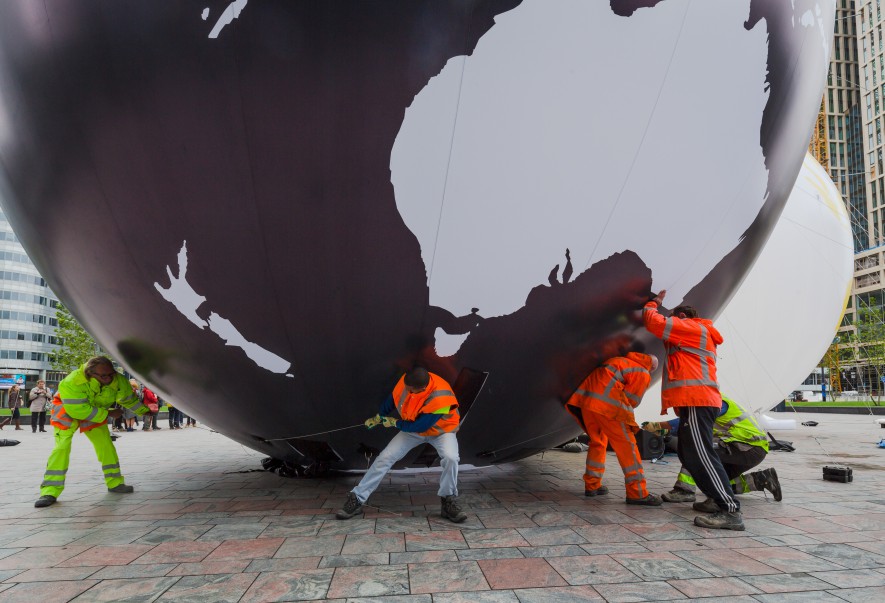 Z-Files #12, Art and the City: Flashbacks, previews and visions

BKOR (Visual Arts & Public Space) and Sculpture International Rotterdam open the cultural season with Z-Files #12, Friday 28 August in WORM. Z-Files is a live talk show where art, public space and the city are discussed with interviews, lectures, presentations and mini-lectures. Z-Files #12 is all about 'Art and the city: flashbacks, looking ahead and visions'. How are you doing? What are the plans and what are the dreams? Host Ernest van der Kwast goes in search of the answers with his guests. 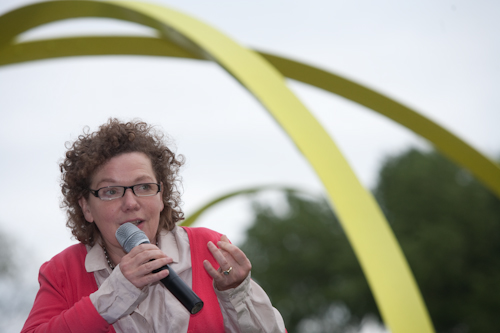 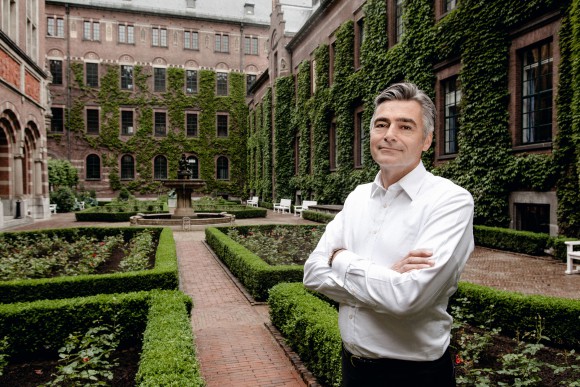 Adriaan Visser, Alderman for Finance, City Center, Culture and Sport will be interviewed about the policy of the visual arts in public spaces. In addition, there is talk of the controversy of the arrival of Olafur Eliasson's Kissing Earth and the much needed restoration of the image of Gabo (untitled) that was already placed in 1957 for the Bijenkorf and still symbolizes the reconstruction of the destroyed city for Rotterdam. 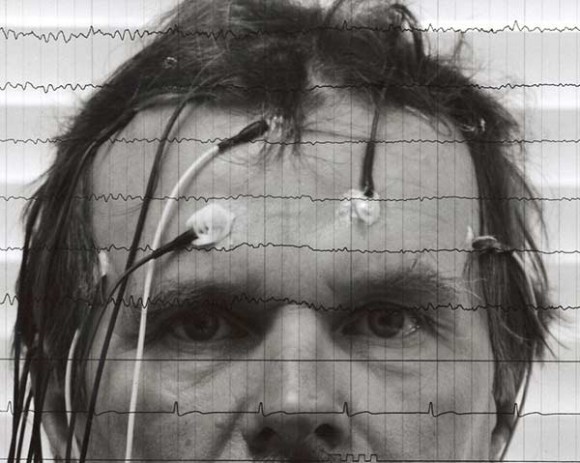 Sculptor, installation and light artist Jan van Munster is being interviewed about the 'work of art' on the Coolsingel atomic cellar that is still attributed to him by many. The 'object' now serves as a skateramp for the youth who live here daily. Van Muster has mixed feelings about the work; the work has never been completed and is not a work of art for Van Munster. The object will soon be demolished. (photo: Edward Suzanna) 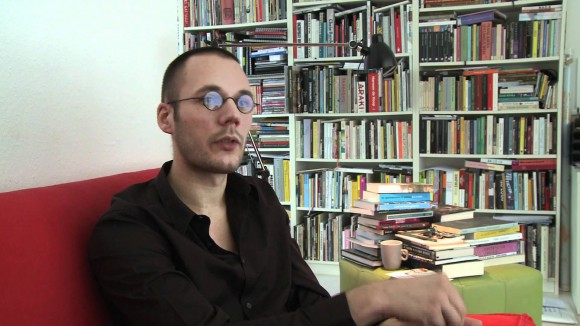 Jonas Staal (1981) is a visual artist, his work deals with the relationship between art, politics and ideology and has regularly led to public debate. Ernest van der Kwast talks to Jonas Staal about the role of art in politics and the various works that the artist has realized in recent years; his visions for the city and the arts; what role he sees for himself and the new possibilities that he identifies for art and artists in the city. 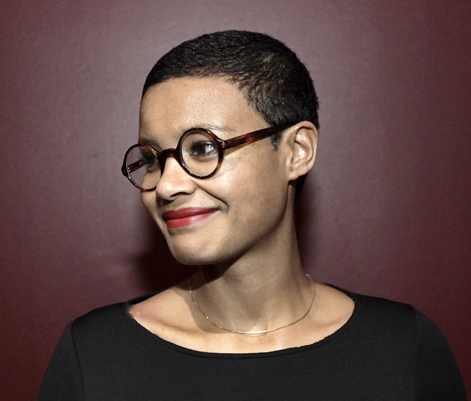 Nana Adusei-Poku, lecturer in Cultural Diversity at the Rotterdam University of Applied Sciences and lecturer in Media Arts at the Zurich University of the Arts, deals with cultural diversity within the domain 'art and the city', whereby the public and art are measured against the bar. She was previously interviewed by Ernest van der Kwast via Skype, the interview will be shown on the Z-Files evening. 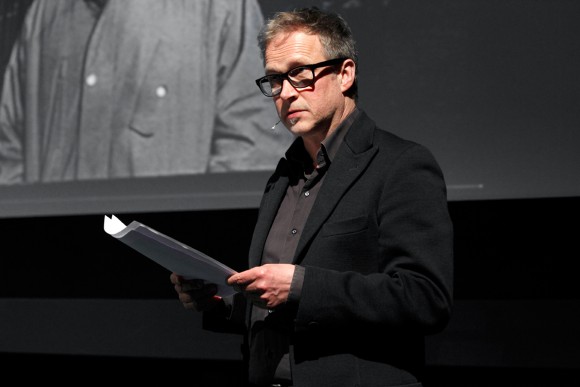 Art historian, designer Lauran Schijvens provides an analysis of the design of Kissing Earth; the much-discussed work of art by Danish installation artist Olafur Eliasson from Iceland. The sketch design for the artwork consists of two world globes that touch each other at the location of Rotterdam. The imposing, monumental work will most likely be placed in 2016 on the Stationsplein in front of Rotterdam Central. 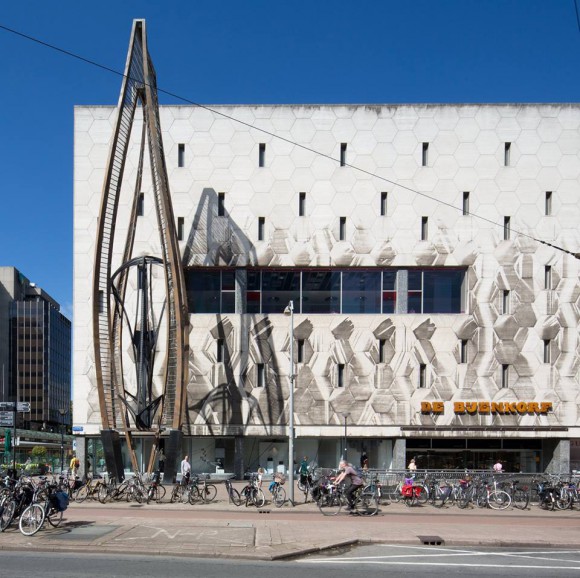 The 'Art & Architecture' route map will be festively launched. The special route map is a publication of OMi Rotterdam and BKOR and leads past art in post-war Rotterdam, from Central Post with the light cathedral of Louis van Roode to the Market Hall with the food cathedral of Arno Coenen. The map shows the unique relationship between the design of the city and the prominent place of visual art in public space from the reconstruction. (photo: Naum Gabo, Bijenkorf, photo: Ossip Van Duivenbode) 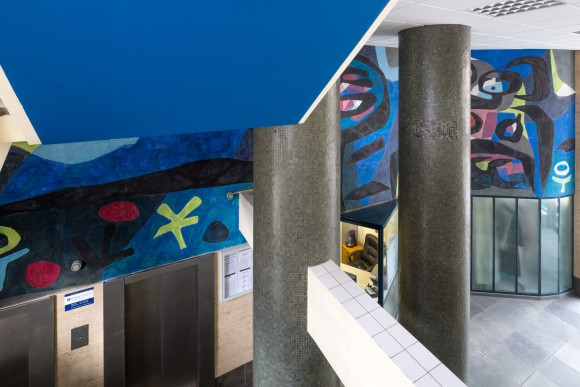 Put in the agenda! Z-Files #13 is on Thursday 29 October in the foyer of the Rotterdamse Schouwburg. The Z-Files is entirely devoted to sculptor, graphic artist and painter Louis van Roode (1914-1964). The reason is the restoration of the mural of the Olveh apartment, popularly called Lijnbaan apartments, and the reconstruction of Rotterdam in which Louis van Roode played a leading role. (Louis van Roode, painting Olvehflat, photo: Ossip Van Duivenbode) 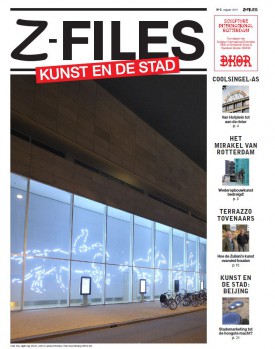 The second edition of the free Z-Files newspaper is out! The newspaper informs about everything that is currently worth knowing in the field of art and public space in Rotterdam. Beijing is also discussed. There is also an extensive article about the surprising and unexpected art on and around the Coolsingel, an epistle about the reconstruction art, a column by Elfie Tromp and much more ... The newspaper is available on the evening.

Z-Files is from Sculpture International Rotterdam and BKOR (Visual Arts & Public Space). The production is in the hands of Anne van Summeren, host is Ernest van der Kwast. Thanks to WORM Rotterdam and all the guests of the evening.

Z-Files #11: Street Art - Now & Beyond The 11e edition of the Z-Files is about Street Art.
Z-Files # 10: 1989 - John Körmeling On 16 April, SIR celebrates the return of work 1989 op Zuid with a Z-Files over and with John Körmeling.
Z-Files #8: Looking For Europe In the 8e edition of the Z-Files on Thursday 29 January, BKOR and WORM go 'Looking For Europe' in a talk show with films and guests.
Z-Files #7: Apples from Kees Franse The 11e Z-Files takes place on December 7, following the recently renewed 'Appels' by Kees Franse.
Z-Files # 6: Breytenbach and Lucebert In response to renovated works by Breytenbach and Lucebert, Ernest van der Kwast talks to Breytenbach and Kamargurka
Z-Files # 5: Erik van Lieshout This edition of Z-Files revolves around the work of artist Erik van Lieshout, and his relationship with Rotterdam South.
Z-Files # 3: IT Afternoon program about the last Rotterdam art work in the percentage scheme: IT in Brainpark III
Z-Files # 2: Steen in Water book presentation Z-Files, Art and the City: as part of IABR – 2014 – URBAN BY NATURE, the publication Steen in Water is presented.
Z-Files # 1: The Great Anita Controversy Lecture and debate program The Z-files, art and the city kicks off with 'The Great Anita Controversy'.