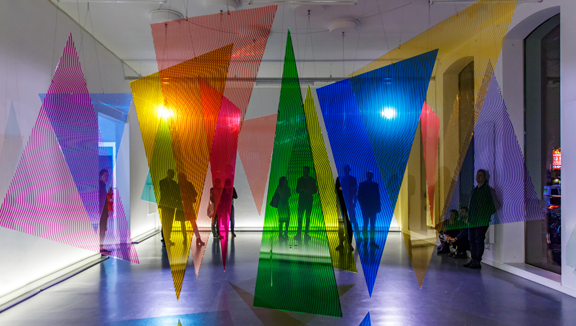 An evening with Nicky Assmann

On Thursday evening 10 December, artist Nicky Assmann and curator Petra Heck discuss the placement of her work in relation to the art of today on the basis of film and sound clips and a single lost guest. Topics such as art and science, technology, and the tension between the natural and the artificial are discussed in relation to Assmann's oeuvre. Artist Joost Rekveld concludes the evening with a spoken column about perception, perception theory, and the sensory in art. The evening takes place in the context of Assmann's solo exhibition Radiant in TENT. 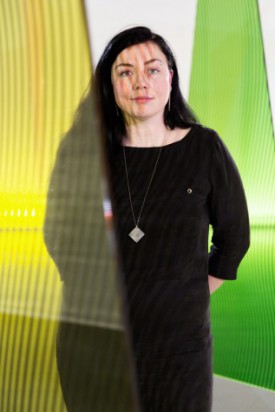 Nicky Assmann combines artistic, scientific and technological knowledge in physical experiments focused on sensory experiences. Against the background of our visual culture in which the experience of reality is increasingly taking place in the virtual domain, Assmann returns to the physical foundations of seeing. Nicky Assmann studied Art Science at the Interfaculty of the Royal Conservatory and the Royal Academy of Visual Arts in The Hague. In 2015 she was nominated for the Prix de Rome. Her work has been exhibited in Saatchi Gallery (London), National Taiwan Museum of Fine Arts (Taiwan), Wood Street Galleries (Pittsburgh), Quartier 21 (Vienna) and V2_Institute for the Unstable Media (Rotterdam) and has performed at festivals such as TodaysArt and 5 Days Off.

Petra Heck is an independent curator (TAAK and others) and focuses on contemporary (media) art, performances and the (online) public space. She specializes in video, internet and other volatile art forms. Between 2006 and 2012, Heck worked as the head of exhibitions at NIMk (Netherlands Media Art Institute). Among the exhibitions she curated are solo exhibitions by Cory Arcangel and Omar Fast, group exhibitions and performances with artists including Mark Leckey, Constant Dullaart, JODI, Mounira Al Solh, Metahaven and Ola Vasiljeva. At NASA (New Art Space Amsterdam) she worked with Nicoline van Harskamp, ​​Gabriel Lester and others. In 2015 she was, among other things, guest curator for the TodaysArt Festival in The Hague.

Joost Rekveld his abstract animations, films and light installations often touch on scientific research. Many of his films premiered at the International Film Festival Rotterdam. His films have been screened in many places including the Barbican, ICA and Tate Modern in London, the Center Pompidou in Paris and the Moderna Museet in Stockholm. He graduated in 1994 from the faculty of image and sound at the Royal Conservatory in The Hague. Until September 2014 he was head of the interfaculty Artscience at the KABK.

Nicky Assman, Radiant Science, technology and art in spatial installations
An evening with Nicky Assmann On this evening, the artist and curator discuss science and technology within Assmann's work.