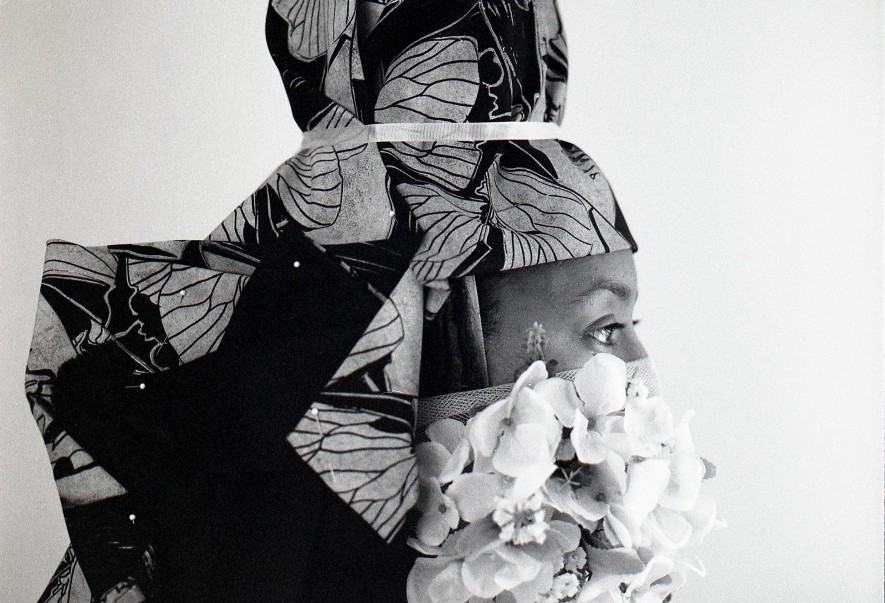 Pano de terra indicates the typical beaten fabrics that are woven on the Cape Verde islands. "Pano" in Portuguese means fabric or fabric, but also clothing or cloth. The three words together can be translated as "dust of the earth," "the world," or "the birth ground."
Plays with these layers of meaning panu terra | terra panu; the title of the first solo exhibition by artist Sandim Mendes (NL / CV, 1986). This opposite pair of concepts refers on the one hand to traditionally manufactured textiles. On the other hand, it stands for the interwovenness of man and material, place of origin and production and the related history. However, the creole variant 'panu terra' is closer to the Cape Verdean roots of the artist, and the attention that she devotes in her practice to her origins and culture.

Often through media photography and textiles, Mende makes work in which she delves into the undocumented history of her family and ancestors - and with which she tries to enroll in that culture. To this end, she combines various artifacts, with which she creates fictional images that fill gaps in an unknown 'cultural history'. At the invitation of curators Herbert Ploegman and Franziska Wilmsen, Mendes is now assessing the stratification of the area around exhibition space Tetem in the city of Enschede in preparation for a new work.

In the twentieth century, Enschede was one of the most important centers of the Dutch textile industry. However, production disappeared here decades ago, when competing industries developed in other continents. The downturn had a major impact on the city and the region, and clearly shows the priorities of capitalist production and consumption. It is only one chapter from the millennia-old history of weaving and the way in which it has connected people and territories with each other in constantly changing contexts. Nowadays there is an art academy, an exhibition space and apartment - destination spaces in the industrial architecture on the former factory site in Enschede. The reason for the redevelopment was mainly the fireworks disaster that took place in the neighborhood in May 2000. The reconstruction of Roombeek, with a 'creative campus' in the heart of the neighborhood, radically changed the structure and use of the area.

The works Panu Xang e Panu Bixu'were made possible in part with a financial contribution (R&D) from CBK Rotterdam, and are presented for the first time in this exhibition. Sandim Mendes: panu terra | terra panu'is part of the plugin program. Plugin is an INTERREG VA project based in Schloss Ringenberg, which aims, among other things, at practice-oriented support for young curators and artists in collaboration with German and Dutch cultural institutions, such as Tetem Enschede. Plugin under the INTERREG program (deutschland-nederland.eu) financially supported by the European Union and the INTERREG VA partners; MWEIMH NRW, Province of Gelderland, Kunststiftung NRW, Niederrheinische Sparkasse Rhein-Lippe, ArtEZ Institute of the Arts and Mondriaan Fund.