Artwork by Libia Castro & Ólafur Ólafsson in the public space

THE RIGHT TO RIGHT / WORK from Libia Castro and Ólafur Ólafsson can be seen from 7 February on the silo of AVL Mundo on the Keileweg. The flashing neon graffiti alternately reads ThE rGHT tO Right, ThE rGHT tO WrOnG and a new 'word' that combines RighT and WrOnG. This creates the impression of a mystery or paradox. What is right? What is freedom?

On Friday 8 February, during Art Rotterdam, the artists will be present at the location from 17.00 until 18.00 hours. You are very welcome to join them in making a toast at the launch of the work.

About the artwork
With ThE rIGHT TO RighT / WrOnG the artists argue for a fundamental right to right, according to them a first step towards a true and common form of emancipation. This is a form of emancipation that transcends the multitude of abstract treaties, declarations, protocols and constitutions, usually drawn up by national states and subsequently imposed on their citizens.

The art project was originally launched at the 7de Liverpool Biennale in 2012. As part of the exhibition The Unexpected Guest Libia Castro & Ólafur Ólafsson designed a monumental flashing neon graffiti for the south facade of St. George's Hall, an important site in the heart of Liverpool for its fraught history. In addition, they offered the city an eponymous name free newspaper containing an essay by the British feminist and philosopher Nina Power. In a dialogue with the artists, she commented on the current global political turmoil by deconstructing the Universal Declaration of Human Rights and replacing it with the manifesto 'The Partial Declaration of Human Wrongs'. The newspaper was distributed in various locations around the city, as an attachment in the Liverpool Post and online.

In 2013, the artwork was part of the solo exhibition Asymmetry in TENT Rotterdam that was compiled by Adam Budak. BKOR then investigated the possibility of giving neon work a place in the city. That is finally going to happen. AVL Mundo in the M4H area has offered to make its huge silo available as a carrier. ThE rIGHT TO RighT / WrOnG is the first work by Libia Castro & Ólafur Ólafsson in the public space of Rotterdam. According to BKOR, both the artwork and the artists belong in the Rotterdam city collection.

About the artists
Libia Castro (1970, Madrid) & Ólafur Ólafsson (1973, Reykjavik) work from Rotterdam and Berlin. Since 1997, the artist duo has collaborated on a diverse body of work in various disciplines, including video, installations, sound and sculpture projects. They are inspired by political history, gender studies and sociology and comment on unequal power relations between the individual and politics. Their work has previously been shown at the Venice Biennale (2011), in CAAC, Sevilla (2011-'12) and TENT Rotterdam (2013). In 2009 they won the base prize of the Prix de Rome for the music video Lobbyists.

About AVL Mundo
AVL Mundo was founded by artist Joep van Lieshout. During Art Rotterdam from 7 to 10 February, both the workshop of Atelier Van Lieshout and the exhibition rooms of AVL Mundo are open to the public, daily from 12.00 to 18.00 hours.
The group exhibition is in the studio and exhibition space of Atelier Van Lieshout Big and Plenty on view. This program is free to visit. Look here for more information and all participating artists. The Art Rotterdam shuttle bus stops every 20 minutes at this location. This service is free upon presentation of an admission ticket to one of the art fairs during Art Rotterdam.

Colophon
This project is an initiative of BKOR and Atelier Van Lieshout. The light work is performed by Neontime. BKOR is a program from CBK Rotterdam. 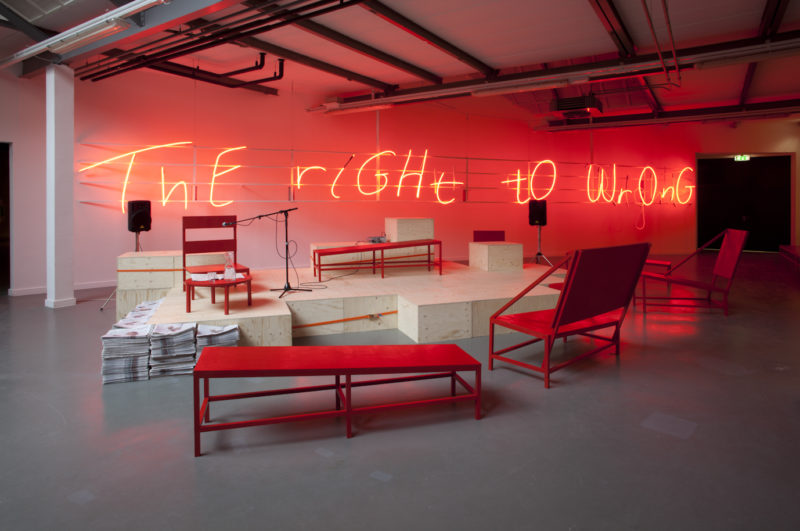 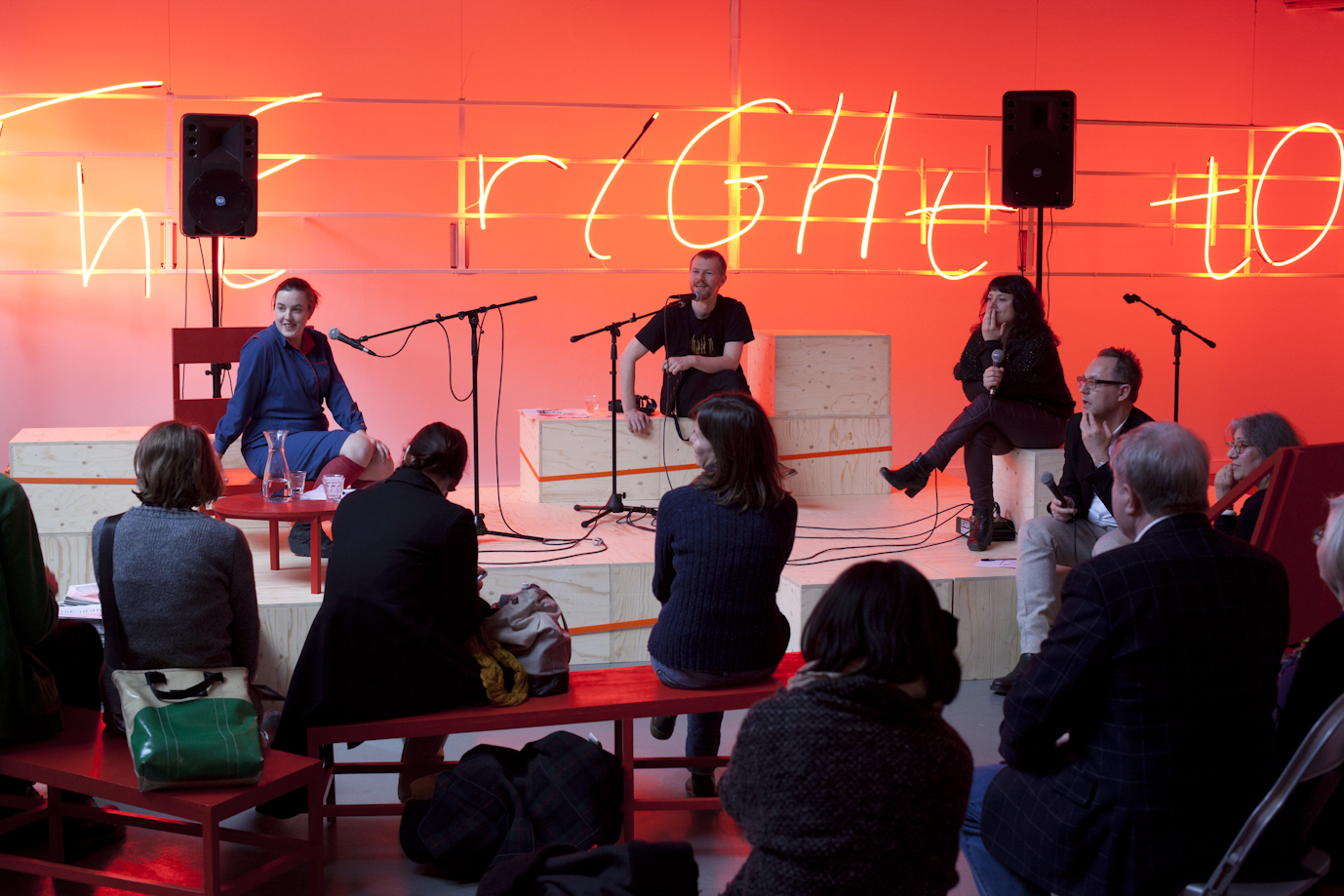 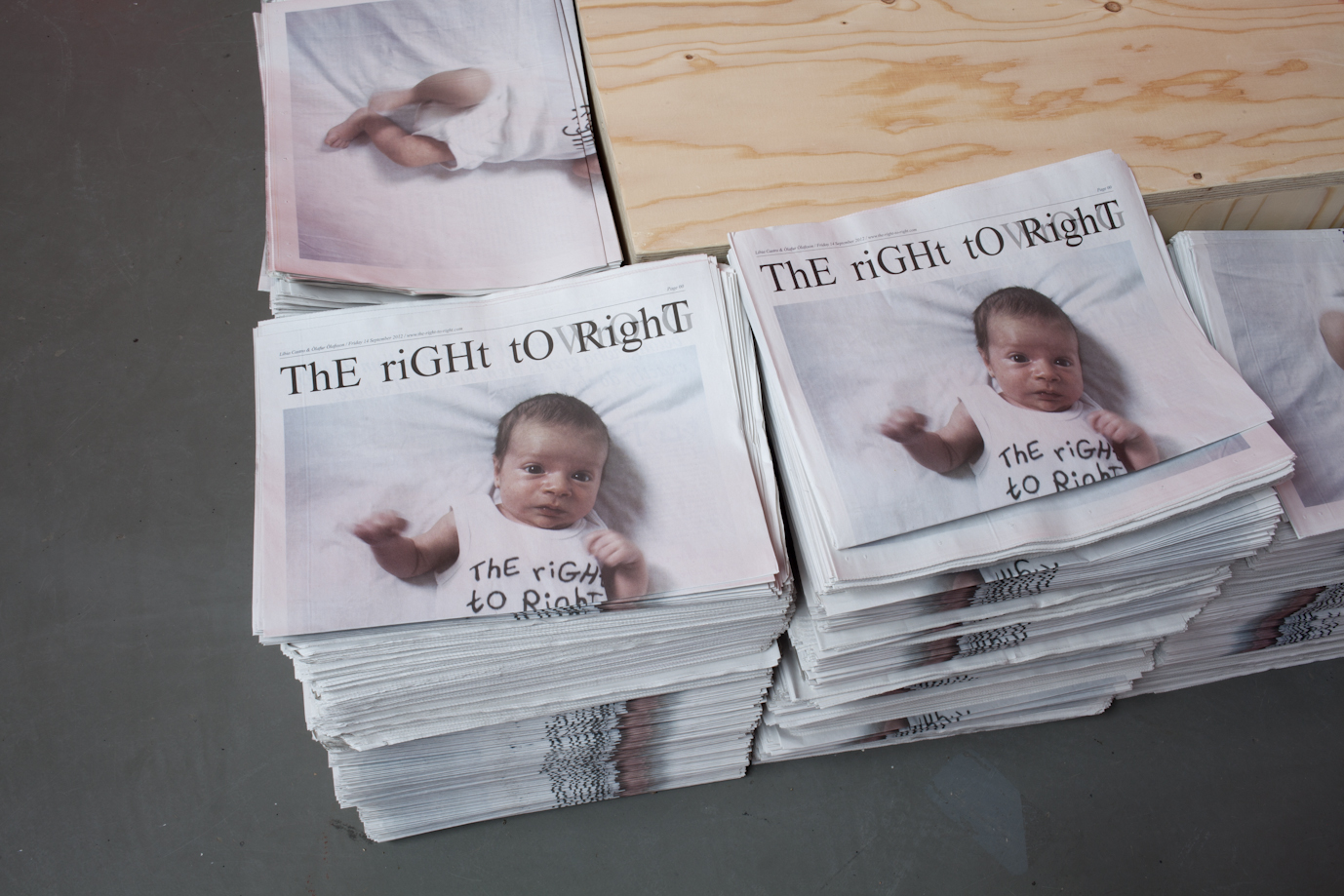