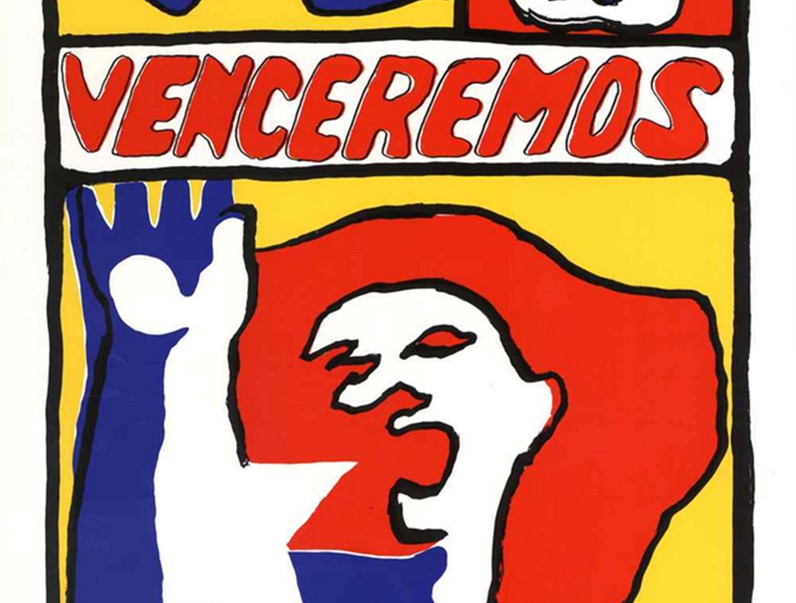 40 year of Chilean refugees and solidarity

In the seventies of the last century, visitors to Rotterdam on the square in front of Central Station were greeted by a Chilean monument, painted as a protest against the military dictatorship of Pinochet in Chile. The images were made in 1975 by the painters brigade Luís Corvalán, a group of Chilean exile artists who traveled through Europe with their brushes, paint and the symbolism of their anti-fascist struggle as a standard.

Between 1975 and 1977, various brigades of painters of Chilean artists made murals in Rotterdam, at the invitation of the Rotterdam Art Foundation, among others. Of the works from these years, today only the statues on the pillars of Zuidplein metro station, painted in 1976, remain. From the 1980s until now, Chilean artists living in Rotterdam continued to use the walls of the city as a means of communication. Among them Julio Moreno Robles and Juan Heinsohn Huala, but especially Jorge Kata Nuñez, who has made around sixty murals throughout the country.

Op Saturday 8 February, from 15.00 hours onwards, Siebe Thissen, author of the book Mooi van Ver - Murals in Rotterdam, and artist Hans Abelman, involved in the Chilean brigades in Rotterdam and author of the book in the 1970s. Venceremos! Chilean painters' brigades, about the development of murals in Rotterdam and the contribution made by Chilean artists.
The lecture is illustrated with photo material from the last 40 year and takes place at the Kunstuitleen, Nieuwe Binnenweg 75, Rotterdam.

Op Thursday 13 February The Zona Franca Foundation, in collaboration with Radar, Diversity Knowledge Center, Rotterdam and Dona Daria Emancipation Knowledge Center, is organizing a symposium on the reception of refugees in the 1970s and now. The key question of this evening is: how can we best unpack the luggage of refugees?