Together with the Goethe-Institut Niederlande and Kulturamt der Stadt Dresden, CBK Rotterdam is making a research grant available this year on the political context of works of art and monuments in public space. The postcolonial culture of remembrance is central to this new offer. For two months, spread over 2022, artists Lavinia Xausa (Rotterdam) and Moritz Liebig (Dresden) will work on their research projects.

Lavinia Xausa
As part of her research project between us During her residency in Dresden, Rotterdam-based Lavinia Xausa will explore a group identity through film and photography. A group of people to be determined locally will be invited to reflect on the history of the colonial monuments scattered throughout the city and the influence of colonial history on their own lives.

The starting point here is the artist's assumption that postcolonialism in Europe is not a fixed historical phenomenon, but an ongoing and complicated process that can be stimulated and analyzed through an open conversation and the artistic connection of history and fiction. Her participatory art practice involves groups of people in self-analysis and self-knowledge of their own role in history.

Lavinia Xausa (Bassano del Grappa, Italy, 1992) studied Visual Culture and Media Studies in Bologna and Photography at AKV St Joost (NL). In 2021 she won the RTM Film Pitch of the International Film Festival Rotterdam (IFFR) for her project Truly, Madly, Deeply about the identity of Feyenoord supporters. In 2019 she received the Young Artist Bursary from the Mondriaan Fund. Her work has been shown at the Noorderlicht International Photography Festival (Groningen, NL), Organ Vida (Zagreb, HR) and IFFR, as well as in TENT and LantarenVenster (Rotterdam, NL). 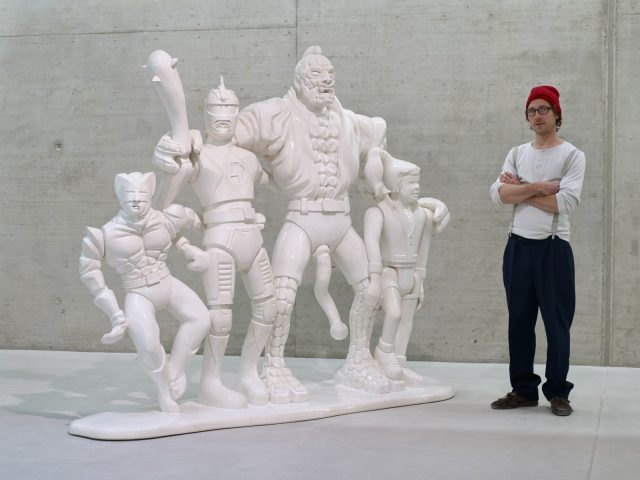 Moritz Liebig
For his project The „AIRdenkmal“ – Konzept für Ergänzungsskulpturen im öffentlichen Rahmen (Concept for additional sculptures in the public context) Moritz Liebig will investigate the original meaning of monuments in the public space of Rotterdam. As part of his research residency, Liebig wants to raise awareness of the forgotten political context of these works of art and will therefore reflect on concepts such as 'memory' and 'responsibility'.

Based on his research, the artist will create sculptures that serve as an artistic intervention on existing monuments in the city. With specially made “additional sculptures” modeled from various raw materials, he creates ephemeral, figurative additions of colored clay or organic products. The interventions are documented as video/photo and shown in the form of a documentary work in two dimensions. With the addition of the new materials, he specifically wants to recontextualize the works without distorting the existing content.

Moritz Liebig (East Berlin, Germany, 1982) studied at the Dresden University of Fine Arts. He lives and works in Dresden. He was previously artist in residence in Vienna (2014) and Grimma (2016), among others. In 2017, an artwork by Liebig was purchased by the Staatlichen Kunstsammlumg Dresden. Liebig's work has been nominated several times for art prizes. In 2011, he won the Office Experts Kunstaward in Lünscheid and in 2021 he received a prize for his work in Schloß Albrechtsburg. Over the years, his work has been exhibited in various places in Germany.