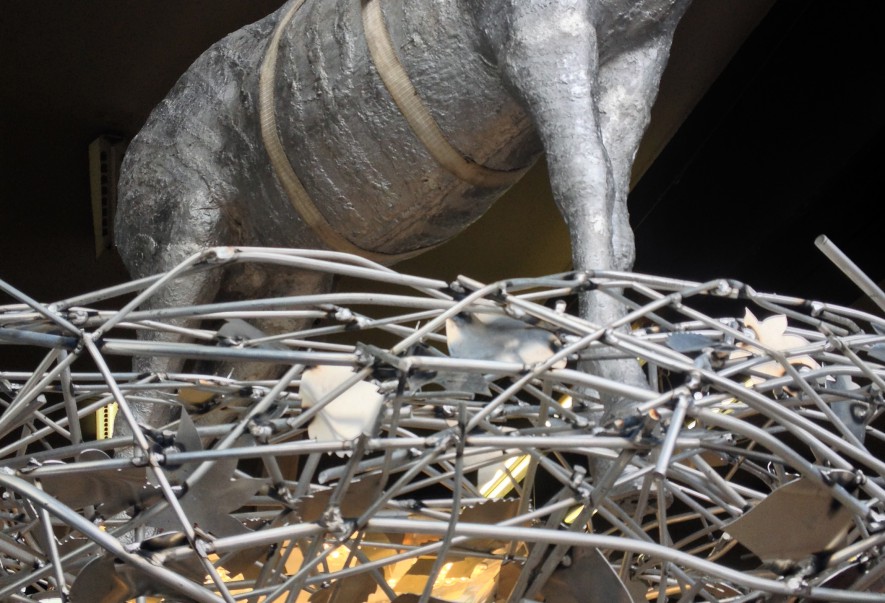 Zebra in the Nests

Zebra in the Nests is a new artwork by Herman Lamers that will be visible this month on the Diergaardesingelplein in Rotterdam. The work consists of four large aluminum stork nests with a life-size zebra on one of them. The nests have integrated light fixtures and are placed on top of special poles from the municipality, so the statues give atmospheric lighting to the redesigned Diergaardesingelplein in the center in the evening.

Herman Lamers' artwork refers to the time when Blijdorp Zoo was on the center side of the track. During the outbreak of the Second World War in the Netherlands, the head office of the Diergaarde was at the head of the Kruiskade and Diergaardesingel. The zebra was literally in the nests, referring to the animals that roamed freely due to the bombing. Zebras grazed on the Diergaardesingel and a sea lion ended up in Westersingel, so the story goes.

Zebra in the Nests is unveiled on 28 November, at 17 o'clock at Diergaardesingelplein.

The works were created on the initiative of the Alliance West Kruiskade and commissioned by BKOR, a program from CBK Rotterdam, to crown the redesigned square on the Diergaardesingel. The building on the Kruisplein of the Mecanoo architectural office was previously adapted to become part of the Diergaardesingelplein behind it. Urban development redesigned the square with more greenery and seats and in the short term Biergarten will establish a catering establishment here.

After completion, BIZ Users West-Kruiskade will take ownership of the entire work of art and will take care of the maintenance of Zebra in the Nests. The realization is made possible by the municipality of Rotterdam and a contribution from the EU ERDF.