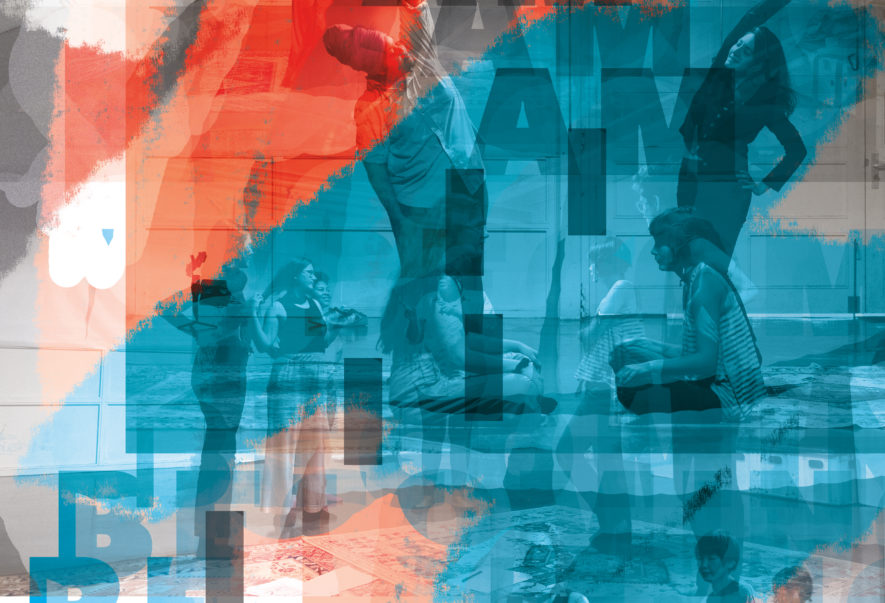 WHO AM I BECOMING?

WHO AM I BECOMING? " NATALIA PAPAEVA (RU / NL)
Exhibition opening of WORM summer residence in collaboration with Yasunori Kawamatsu (JP)

Artist Natalia Papaeva is taking care of the Summer Residence in WORM in 2019 with her project 'Who am I Becoming' in our S / ash Gallery, where she works in July and August. The results are shown today, after a few moments last summer when the project was also publicly accessible.

Natalia 'about Who am I Becoming: “I am a Rotterdam artist who comes from Siberia. In Rotterdam I am an immigrant. My work has until now been entirely linked to my Siberian origins. There is a field of tension that I am researching together with the Japanese artist Yasunori Kawamatsu and five others - all immigrants living in Rotterdam. From a political point of view, the immigrant has a hard time dominating the idea that integration is difficult, if not impossible. This involves a painful process of leaving behind who you are, or thought you were, and accepting new rules. This way, newcomers battle themselves and their environment around the key question: how do you become a Rotterdammer? "

Who am I Becoming is a project based on performance, interviews and the age-old Japanese Kintsugi philosophy, which focuses on the technique of repairing broken objects, in which sustained damage and its recovery are regarded as an inherent part of objects, and not as something to hide. Resilience is central here, also in a philosophical sense: everyone in life has to deal with traumatic experiences, with learning from negative experiences because it is precisely this that creates the unique personality. With Who am I Becoming for that reason we give immigrants the space and time: to connect the present in Rotterdam and the past elsewhere in a meaningful way - analogous to the way in which broken pieces are put together according to the Kintsugi philosophy. This involves a healing process around the past, present and future of the participants.

Who am I Becoming takes the form of a video installation in the S / ash Gallery tonight, with a special contribution from the Chinese artist living in the Netherlands Jiajia Qi.

biography Natalia Papaeva
Natalia Papaeva (1989) was born in the small village of Orlik in Buryatia, in Siberia, and moved to the Netherlands to study at the Royal Academy in The Hague. She graduated in 2018 with the video Yokhor, with which she won both the department prize of the Interactive / Media / Design department at the Royal Academy and the Rotterdam TENT Academy Award. Papaeva also makes intense, raw performances based on her experiences with loneliness, alienation and anger, which touch on universal, recognizable themes.

This project has been compiled and produced by Nia Konstantinova.

This project is supported by CBK Rotterdam and the Mondriaan Fund.