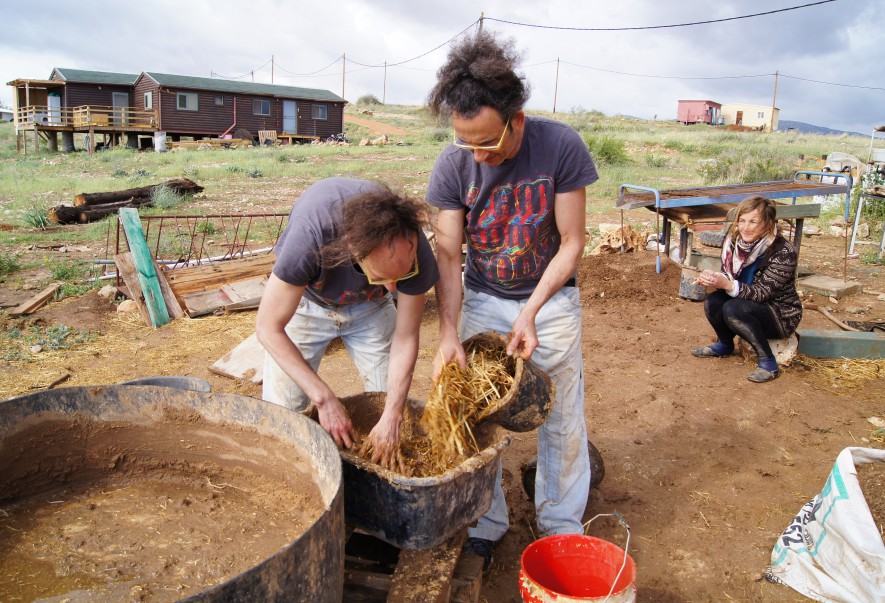 Got in 2013 Gil & Moti promised an R&D contribution for their project The Dutch Volunteers. From November 5 2016 to January 1 2017 presents it Dutch Photo Museum this project. On Saturday 5 November 2016 at 15: 00, Gil & Moti will open the exhibition with a performance.

For this project, the duo volunteered for an Israeli settlement and for Palestinians in the West Bank. To be allowed to work as a volunteer in both areas, the artists made a radical decision: they gave up their Israeli nationality to become Dutch. With the newly acquired nationality the possibility arose to visit both sides, something that is impossible with an Israeli passport. In both Israel and Palestine, they did volunteer work and had informal conversations with their hosts and women. With the smartphone they made many video recordings and photos of it. This work has resulted in a spatial installation with video, photography and sculptures, in which a physical as well as symbolic separation is made between two worlds. 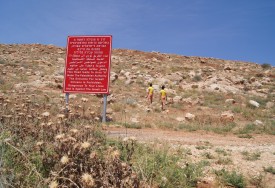 Gil & Moti stayed in the West Bank for a long time to gain more insight into what it is like to live in a war zone. In the Jewish settlement they helped build an ecological house for the Jewish Ilan. This house is in a controversial place, without an official building permit. In Palestine they participated in the construction of the new house of Eyad, whose former house had been destroyed by the Israeli army. Partly as a result of volunteering, Gil & Moti gained a better understanding of Palestinian life - characterized by limited freedom of movement - on the one hand, and the conviction of Jewish settlers on the other. These experiences have led to an artistic and philosophical analysis of the concept of 'home': when is a house a fundamental human apparatus and when does it project an ideology? When does it display power and when does it provide shelter? In a spatial video installation the conversations with different people from the Jewish and Palestinian community about apartheid, freedom, violence, economy, survival and dreams are shown. A physical separation in the installation emphasizes the way in which these communities live side by side.

Also read the interview with Gil & Moti on our blog.

The Dutch Volunteers has been made possible with financial support from the Mondriaan Fund and an R&D contribution from CBK Rotterdam.