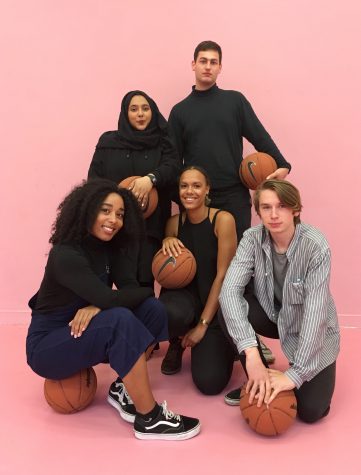 For the second time, TENT Rotterdam and Tate Young People's Programs are working together hands-on on an exchange project for young creatives. Ten young people (18 - 25 jr.) From Rotterdam and London participate in a workshop program in which the question "Where does culture happen?" Is central. During workshops, discussions and field trips, the group steps out of their comfort zone by gaining new experiences, investigating where culture is produced and how it relates to the exhibition spaces of TENT and Tate. Modern and contemporary art is displayed, preserved and / or produced in these spaces, but art and culture in the broadest sense of the word arise in many more places: online, on the street, in living rooms, in social spaces. But what role can these art institutions play in cities such as Rotterdam and London, anno 2017? And for whom?

The group in Rotterdam consists of 5 young, ambitious creatives with different backgrounds. Lisa McCray, Fatima Jabor, Jaime Le Bleu, Cengiz Mengüç and Charmaine van Leyden will work with five young people from London in October Angela Wereko-Anderson, Araba Banson, Gaby Sahhar, Jasper Appleby-Sherring, Victoria Aquino London with Tate Exchange as the home base, the project space on the fifth floor of the new building of Tate Modern. They are immersed in the culture of this metropolis, actively researching to see, feel, taste and experience the city intensively. They discuss the function of institutions such as TENT and Tate in a local context and the role of art in society. Together with the members of Tate Collective, artists and makers from different disciplines, they are working on a public expression in which their findings are presented. In November the entire group comes together again in Rotterdam to work in TENT and in relation to the city of Rotterdam with the same question: "Where does culture happen?"