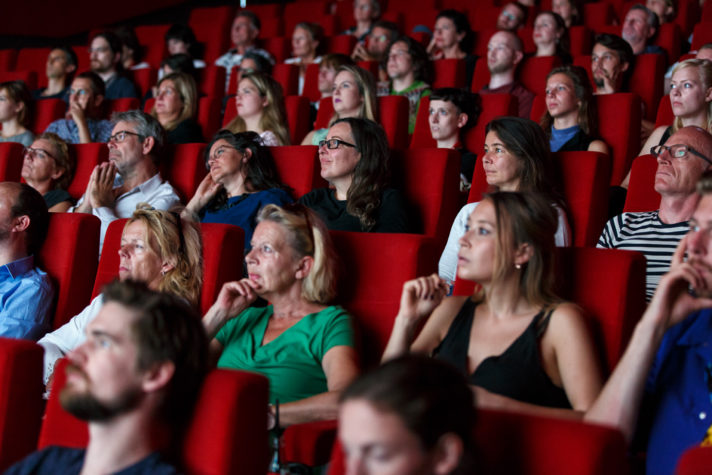 The TAA, the film competition for recently graduated art academy students, returns this year as a video art festival in KINO Rotterdam. On Saturday 8 September, from 13.00 hours, the best audio-visual from the Netherlands and host country Great Britain will be shown in the rooms of KINO, you can network with film and art professionals and during the award show it will be announced who wins an artist in residence in Cove Park, Scotland and Het Wilde Weten in Rotterdam. The public can vote for the Public's Choice Award. The festival day will be festively closed with a drink in KINO.

Composition of nominations
The organization of the TAA carefully appoints scouts every year to select works for the award show. The scouts visit the final examinations of the art academies and compile the nominations. The team of scouts consists of professionals from the visual arts and film world. The criteria for nomination are artistic authenticity, technical and original visual language. This year the works are selected by both Dutch scouts and pioneers from the host country. The British scouts visit six art academies with a specialization in audiovisual art: University of Art London (UAL), Plymouth College of Art, Leeds Art University, Manchester School of Art, Edinburgh College of Art (ECA) and Glasgow School of Art (GSA) . The team of British scouts consists of: Sarah Hill (founder and director of Video Jam), Hannah James (artist), Scout Stuart (film maker and screenwriter), Anna Field (visual arts publishing and digital consultant), Michaela Cullen (artist and co) -founder of Serf) and Vickie Fear (curator and co-director of Counter). The jury includes Priscila Fernandes (artist and residence coordinator Het Wilde Weten), Alexia Holt (associate director & visual arts program producer at Cove Park) and Marcus Jack (founder of Transit Arts and project coordinator at LUX, Scotland).

Screenings in TENT
A selection of the nominated video works can also be seen in TENT. The winners will be shown on Sunday 9 September and the entire program during the Art Night on 14 September from 18.00 to 21.00 hours.

Tickets
Tickets for the festival day will soon be available on the KINO website or at the door. Stay informed via our Facebook page.
Regular tickets: 5 euros. Student rate: 3 euro.