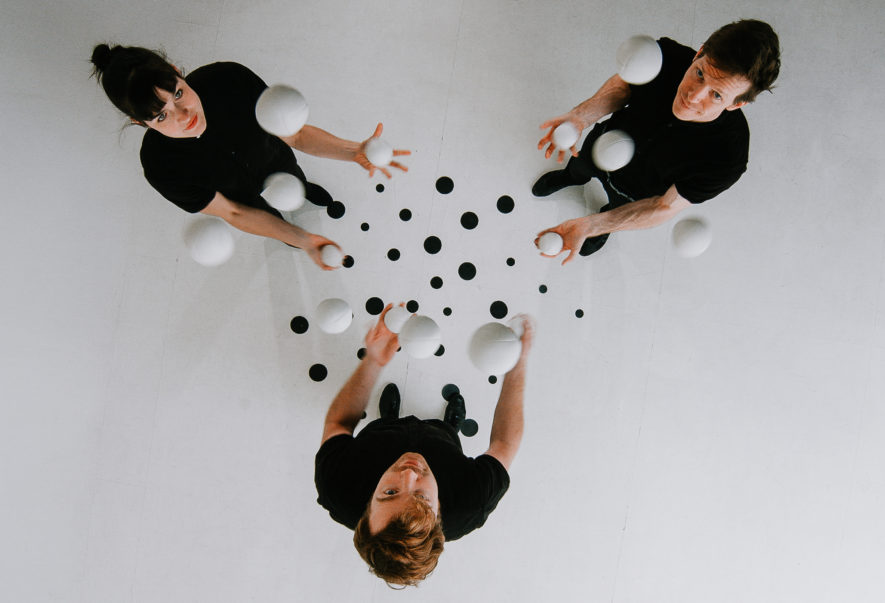 The Rotterdam circus theater company Tall Tales Company has launched a virtual circus performance together with visual artist Don Satijn. Square 2.1 is a new version of the performance Square Two, which would make an international festival tour in 2020, but has been canceled due to the corona crisis. The project is the result of two years of joint research by Satijn and the jugglers of Tall Tales Company, in which patterns from nature and our daily lives inspired a series of enchanting short scenes.

In Square 2.1, a warm poetic voice takes you on a route through your own home. You view each room with a fresh look, while you look at the screen on the artists and the art. In every scene you see an image of Don Satijn. Sometimes it is clearly in the foreground, in other scenes the object is subtly present. The juggling pattern you see forms a match with the visual object that is also represented in the scene.

After you have completed the route, an exhibition of the work of Don Satijn will follow. Just like in a real gallery or museum, an explanation is available for each work.

For more info and tickets can be found here rightly so.

Square 2.1 is realized partly thanks to a contribution from the Activities City scheme. With this contribution, CBK Rotterdam wants to make the city more attractive with visual art and give Rotterdam visual artists a role in this, thereby increasing their visibility.