In the SHOW BOX exhibitions of Foundation MESH, the focus is on creating a three-dimensional presentation that can be admired from the street. This initiative came about with the aim of creating more connections with the neighborhood (Tussendijken) and removing the barrier that entering a gallery still threatens to form. Since 2017, artists have been invited to design shows, specifically for the location. In SHOW BOX # 36 it is Wouter van der Giessen's turn with his work After the lapse of time.

About After the lapse of time
As a student, Wouter van der Giessen could often be found around the Zaagmolenbrug. Six years ago he lived around the corner and did an internship with a local artist. After the lapse of time is an investigation into life in the city of Rotterdam and the surroundings of the Zaagmolenbrug. The work also makes a connection with the time that has passed since van der Giessen took his first steps towards artistry in the area.

Practical information
After the lapse of time can be seen from April 17 to July 17, 2021 at the Zaagmolenbrug. 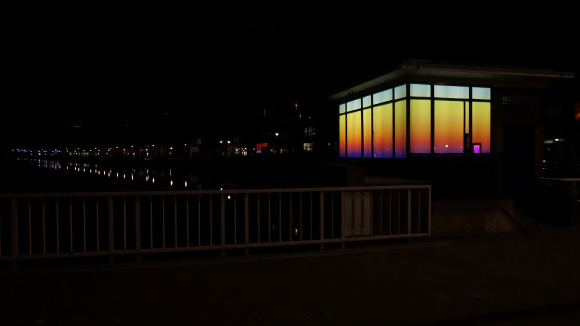 About the artist
Wouter van der Giessen (1995) is a visual artist from Breda. In 2020 he graduated from the AKV | St. Joost with his graduation project Sample garden. With this he won the Municipality of Breda Atelier Award. His work is mainly in the public space in the form of colorful sculptures or installations. They are colorful and iconic objects that catch his eye. These objects serve as building blocks for his sculptural interventions in public space. By looking closely at specific places, he brings up existing conventions. As an artist he investigates how we can look at this in a different way.