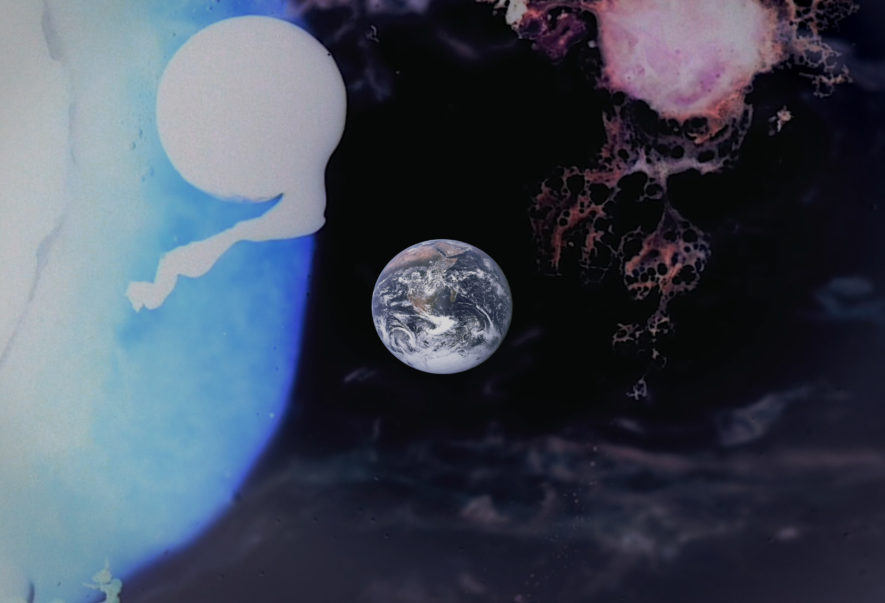 from the Cogito project by Daniela de Paulis

Erasmus University Rotterdam organizes the science festival Science Hotel at the Nhow Hotel. Researchers show how the city inspires them and ask the public to think along with them. During this evening full of science, art and music you will not only get to know researchers, but also visual artists who are engaged in science and research. During Science Hotel, CBK Rotterdam presents three visual artists who establish a relationship with scientific research in their work.

Research and visual arts
More and more visual artists work at the intersection of art and science. Many artists also do research themselves - in collaboration with scientists. The outcome of this research finds its way into an artistic expression. Artists also regularly use scientific findings in their artistic practice.

CBK Rotterdam supports artists from Rotterdam. It does this, among other things, with the Development and Research Grants scheme, which is aimed at boosting research and deepening, so that existing artist practices can develop optimally and their visibility is increased. The scheme has existed since 2010.

Portraits
To make it clearly visible during Science Hotel where the combination of visual art and science can lead, CBK Rotterdam invited visual artist and filmmaker Mirjam Somers and photographer Bas Czerwinski to make portraits of three Rotterdam visual artists who have clear interfaces with science in their work. . In collaboration with Nicole Sciarone, Somers and Czerwinski made short video portraits of Daniela de Paulis, EAT ART collective and Maud van den Beuken.
These will be shown during Het Science Hotel on 28 September and Nicole Sciarone will talk to the artists about their work. The central question here is the connection that their work has with science and the inspiration that science forms for them.

Powder to the People is an ongoing research project by this artists' collective that focuses on the role that industrial food additives and techniques can play in the kitchen. What role can the food industry play in a sustainable food system? EAT ART collective believes that the democratization of practical knowledge from that industry contributes to a healthy discussion. "Let us choose for ourselves which additives we use for our own well-being and that of our environment". As an artists' collective, they can take a critical position outside the power triangle of industry, consumer and government.

Daniela de Paulis
Daniela de Paulis is an interdisciplinary and internationally working artist. She works together with other artists, scientists and radio amateurs. Since 2009 she is - the first - artist-in-residence at the radio telescope Dwingeloo and ASTRON (Dutch research center for radio astronomy), where she developed a technology called Visual Moonbounce together with the CAMRAS and the ASTRON team. She is currently a guest researcher at ASCA (Amsterdam School for Cultural Analysis), University of Amsterdam, and is developing research into interstellar transmissions. Since 2010 she works with the international collective Astronomers Without Borders (AWB), as founder and director of the AstroArts program. In 2013 she founded Cabine Voltaire, an online collaboration platform for live discussions about science, technology and humanities.

De Paulis is currently working on her new project cogito for which she collaborates with the Overview Institute and with neuroscientists and philosophers. With the project cogito thoughts are spread in space like radio waves. The project takes place at the Dwingeloo radio telescope in the Netherlands. cogito is a thought experiment that is being developed as an art installation and excursion in Drenthe. The project is the result of a number of years of research at the Dwingeloo and ASTRON radio telescopes.

Maud van den Beuken
In her practice as an artist, Van den Beuken starts from the fixed fact that the ground is always under our feet, and the air above our heads. In exhibitions and in public spaces, she makes works and installations that change the space and question the physical relationship between man and earth. This year Van den Beuken participated in the Arts / Science: Academy Honors Program for Young Artists and Scientists of the KNAW.

Her project Mapping the Sky is a cartographic investigation into the non-physical and indefinable: how does the air define itself as space? Never before has the sky been mapped as a stand-alone space. In two years, Maud van den Beuken, in collaboration with cartographer Falco Joosten, developed a method to define the sky. Van den Beuken made a simulation of the most used satellite that maps the country: Landsat 8 (NASA, USGS). The sky was captured from the land at exactly the same times and locations as the Landsat does from the land at an altitude of 705 kilometers.