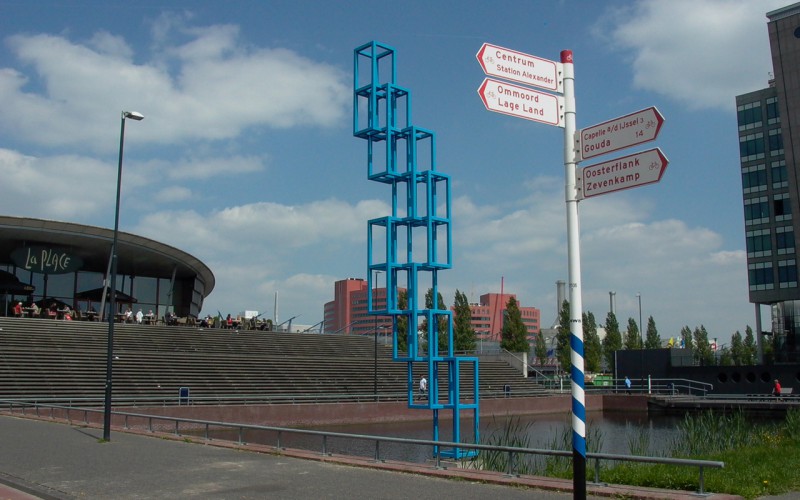 From 19 May to 17 September 2017 is the fifth International Sculpture Biennial Amsterdam: ART SOUTH 2017. The manifestation on the Apollolaan, Minervalaan and Zuid-As shows sixty sculptures this year. The artists and their works were selected by curator Rudi Fuchs, former director of the Van Abbemuseum in Eindhoven, the Haags Gemeentemuseum and the Stedelijk Museum in Amsterdam.

Fuchs has chosen a wide range of Dutch abstract-working artists. With this exhibition Fuchs wants to show how good Dutch post-war sculpture is and he also wants to position abstract artists internationally. In order to be able to create a balanced exhibition, his eye fell on the Rotterdam public city collection. Nowhere else is post-war sculpture as prominent as in the city of Maas. The bombing of the city and modernism in post-war architecture offered abstract art every opportunity to show itself. Fuchs had wanted to borrow many works, but sculptures by Margot Zanstra (Technikon, Heer Bokelweg), Bob Bonies (police station Hoogvliet) and Woody van Amen (Taxat, Mariniersweg) could not be removed from their pedestals without problems. That was the case with the sculptures of Joost Baljeu (Space Time I, Little Bear), Piet Killaars (Spiral II, Groene Hilledijk) and Gust Romijn (Two Columns, Roel Langerakweg). These works can soon be seen on ART SOUTH 2017.