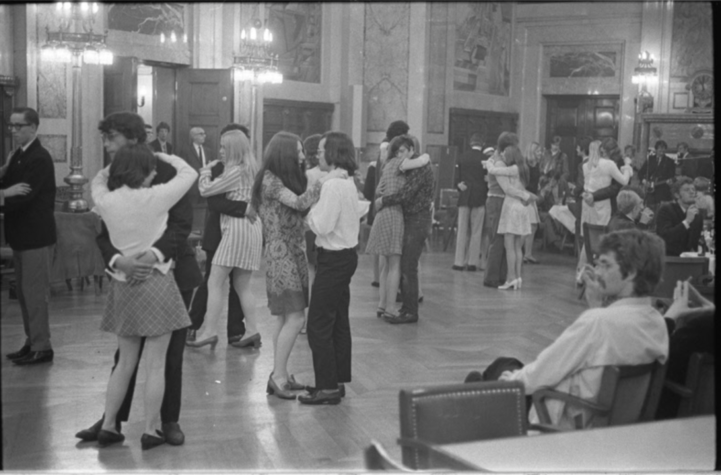 The fourteenth edition of Rotterdam Cultural Histories is about how the Rotterdam newspapers reported on international and local events that took place in May 1968, a revolutionary month that to this day is considered a turning point in history. At this time, just before television became part of the standard inventory of every household, newspapers, as well as the radio, acted as the main channels for disseminating information.

At that time, there were seven different newspapers in Rotterdam, all represented in this exhibition: Algemeen Dagblad, De Rotterdammer, De Tijd – De Maasbode, Het Rotterdams Parool, Het Vrije Volk, Nieuwe Rotterdamse Courant and Rotterdamsch Nieuwsblad. This documentary exhibition shows, among other things, newspaper covers of Rotterdam daily newspapers and an event program and thus shows which topics and votes were important to Rotterdam during this period.