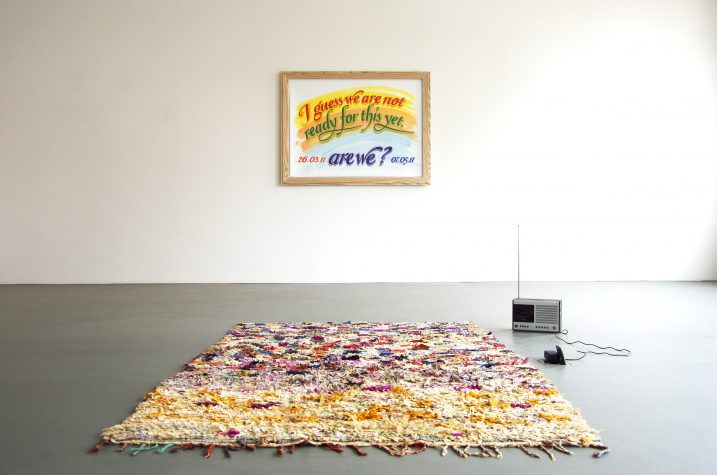 Rory Pilgrim is making a new performance work based on recent plans for an LGBTQ + monument and meeting place in the public space in Rotterdam. Pilgrim is working together with the Rotterdam LGBTQ + community to investigate how a place can be created that represents this diverse community. Although the internet has opened doors for the exchange of experiences, especially for LGBTQ + groups, Pilgrim is interested in how physical space continues to play a role in this. The performance, with music, poetry and movement, takes the rainbow - as a central metaphor for inclusiveness, diversity and hope - as a starting point for the question of what the LGBTQ + community of the future looks like.

Rory Pilgrim approaches universal themes from the principle 'the personal is political', and works together with a wide variety of people. In this rapidly changing time due to digital technology, Pilgrim is interested in the way people come together to express their opinions and to fight for social equality and justice. With performances, slogans and music composed by himself as his most important means of struggle, he strives to reload meaningful terms such as love, freedom, security and solidarity.

The work of Rory Pilgrim is made possible by Visual Arts and Public Space (BKOR) from CBK Rotterdam.
read more