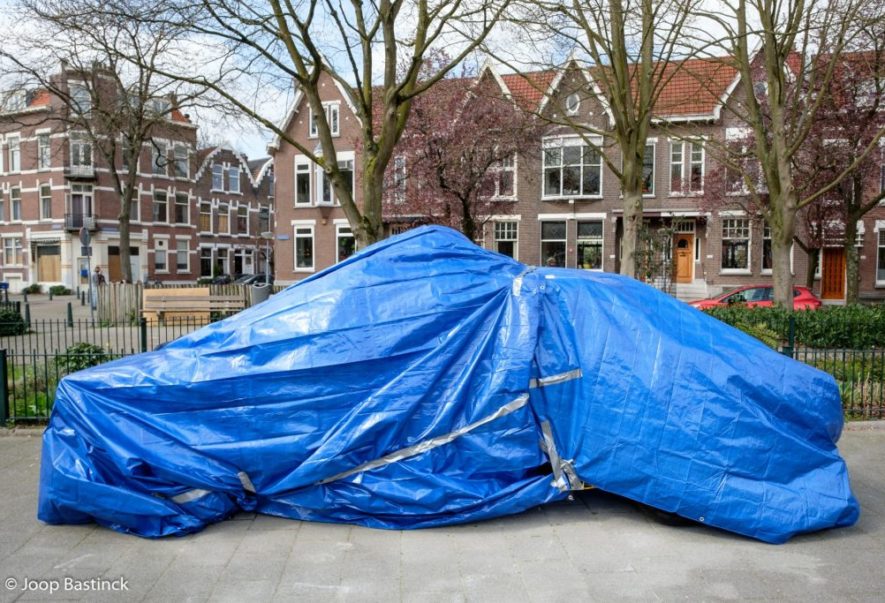 Three new artworks will be festively opened in Rotterdam on 29 September with a free musical walk along the various locations.

RORO Outside is a visual arts organization in Rotterdam. For five years now, RORO has been inviting artists every six months at three locations in the outdoor space to bring their artworks to execution. These have many forms, from conceptual, photographic, architectural, performance, minimal, monumental to social art.

Herman Lamers, Maik Mager and Seb Agresti have been selected for this 10e edition.

The route along the locations starts at 16: 00 hour with the work of Seb Agresti, with an opening drink at Bergselaan 77a. Under musical guidance the walk goes to Bergwegplantsoen where at around 16: 45 the work of Herman Lamers is opened. The walk continues to Gerard Scholtestraat 61 (Café de Bel) with the work of Maik Mager that is revealed at 17: 30 hours. This is also the end point.

This project came about thanks in part to a contribution from the Activities for the City scheme. With this contribution CBK Rotterdam wants to make the city more attractive with visual art and give Rotterdam visual artists a role in it and thereby increase their visibility.