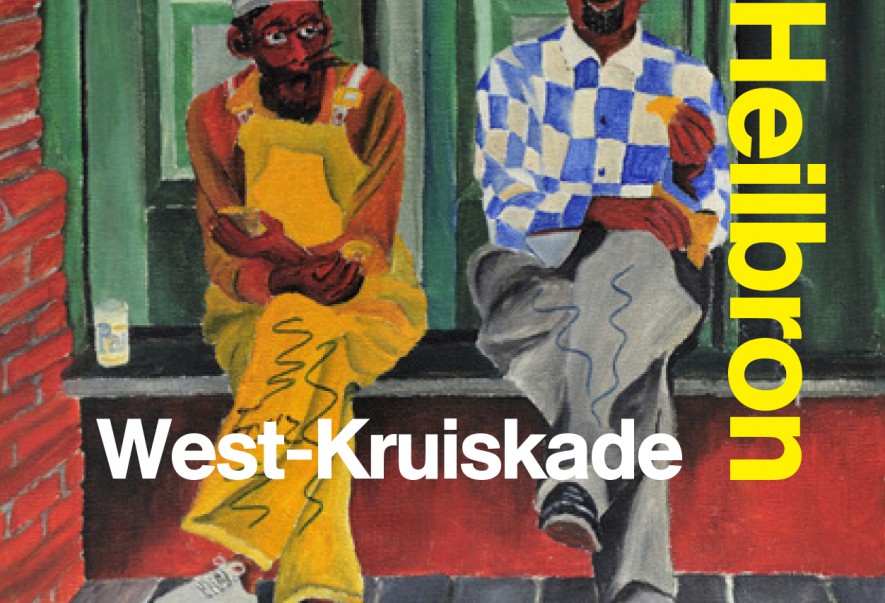 During Keti Koti 2015, CBK Rotterdam pays special attention to painter and graphic artist Ro Heilbron, who died in 2014. And where is that better, than on the Kruiskade - the Surinamese main street of Rotterdam where its art is brought as close as possible to the people.

From 1 July to 1 August, CBK Rotterdam honors the Surinamese Rotterdam artist Ro Heilbron with an exhibition in various shops on the West-Kruiskade. Ro Heilbron (1938 - 2014) is one of the most important and best-known visual artists of Surinamese descent and is known in the Netherlands, the Caribbean and Suriname.

The exhibition opened in the pop-up store TOKO 51 on West-Kruiskade 51 on 1 July 2015 at 11.00 hours. View the photoreportage on Facebook. VPRO's 'Never sleep again' made one report where Nicole Terborg meets widow Jeanet Heilbron and curator Piet de Jonge.

On the occasion of the exhibition, the CBK Rotterdam program BKOR developed a route map (Pdf).

Spread over various stores on the busy shopping street, the work of this versatile artist will be on display. The exhibition opens on the day of the annual Keti koti: the day on which the abolition of slavery in 1863 in the then colonies of Suriname and the Netherlands Antilles is commemorated and celebrated. In Suriname this day is officially called 'Day of Freedoms'. 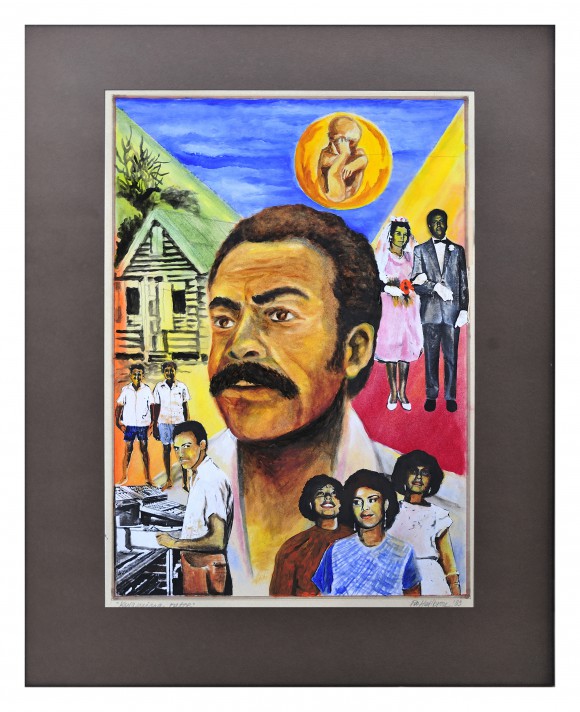 Exhibition and route map
The exhibition provides insight into Heilbron's oeuvre, his commitment to poverty and oppression, the hope and reality with regard to the independence of Suriname and the intimacy of the later work, inspired by his Indian roots.

The exhibition opens in the pop-up store 'TOKO 51' at West-Kruiskade 51 on 1 July 2015 at 11.00 hours with an opening speech by director Rabin S. Baldewsingh, a loyal friend of Ro Heilbron, and a short introduction by compiler of the Piet de Jonge exhibition.

Especially for the occasion, CBK Rotterdam publishes a route map that takes you past the works of Heilbron. The map is an ode to the work of Heilbron and an invitation to explore the liveliness of the West Kruiskade. 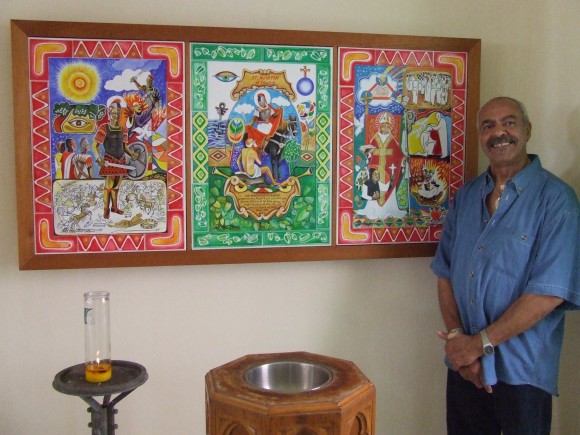 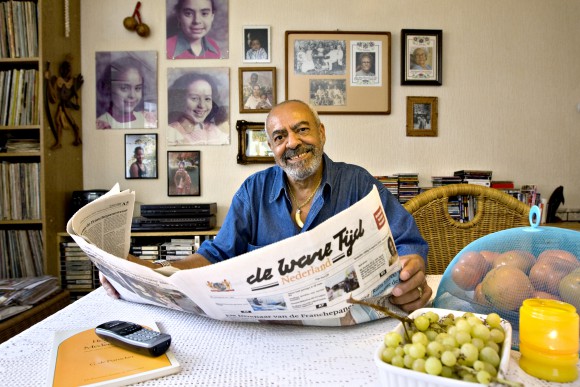 Paintings
The paintings of Ro Heilbron relate to the social conditions in Suriname but also refer to other Third World countries or the situation in the world in general. Heilbron has made various works in public space in Rotterdam. The murals in the Hofbogen have since disappeared, but GJ Mulderstraat 5 / 7 still shows an anti-racism painting and at the end of his life he painted a door and an electrical box on the Essenburgsingel. His paintings are included in the collection of CBK Rotterdam.

Ro Heilbron
Ronald George Heilbron was born on December 6 in 1938 in Paramaribo where he grew up in a poor family. In his younger years, he worked as an apprentice-setter at various printers and eventually worked as a setter and lay-outer at the largest newspaper in Suriname, De Ware Tijd. In the early sixties he started to paint: colorful representations from daily life with a lot of attention for poverty and poor living conditions. In 1963 he has his first exhibition at the Hotel Casino Torarica in Paramaribo. For Heilbron, social and artistic practice were always closely linked. He used various techniques to convey his message, always a politically or socially committed statement. He called himself a Third World artist and gladly sought confrontation, whereby he did not want to be too explicit: "Not openly politically, everyone can fill it in themselves". Ro Heilbron received recognition in the Netherlands, the Caribbean and Suriname.

Unveiling of the Rotterdam Slavery Monument The slavery monument was unveiled on Sunday afternoon 16 June.
Debate Slavery, Rotterdam has nothing to do with it Debate on questions such as: "Why is Rotterdam (n) involved with our colonial past?" and "Is the slavery monument a good way to keep the past alive?"