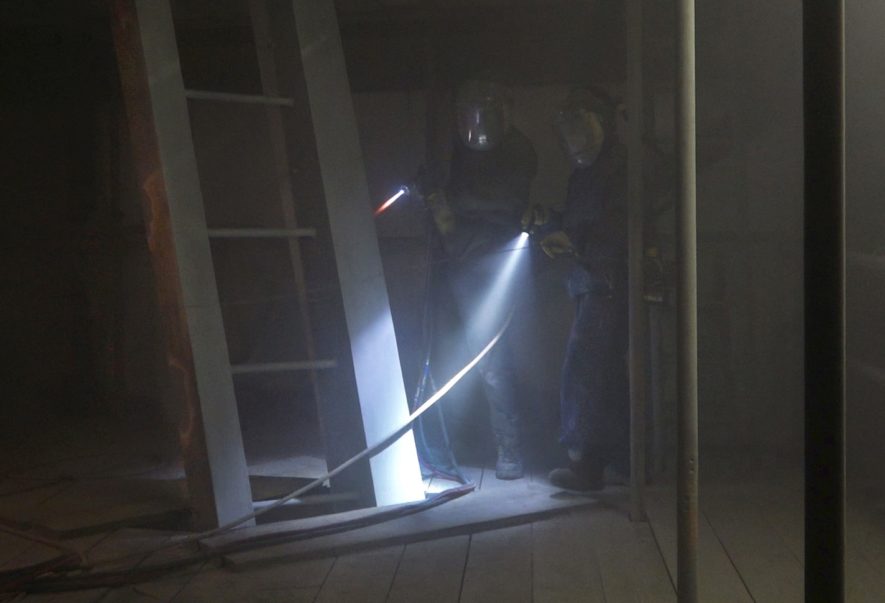 Preview The Thing (Untitled, 1957) in the Plein Cinema

During the Square Cinema on 13 August, prior to the film Deaf Child, the first preview can be seen from Mels van Zutphens documentary film The Thing (Untitled, 1957) about the restoration of the sculpture by Naum Gabo on the Coolsingel in Rotterdam. The film was made by the artist on behalf of Sculpture International Rotterdam.

The documentary shows the long-awaited restoration of one of the most important sculptures of Western art history in public space. 'De Gabo' forms together with the other reconstruction works of art The destroyed city from Ossip Zadkine and Henry Moore's brick relief the beginning of what would grow into the special International Sculpture Collection of Rotterdam. In this observing film with elusive images and sounds, Naum Gabo's sculpture at the Bijenkorf in Rotterdam slowly becomes visible again during a month-long restoration. The film will officially premiere during the Dutch Film Festival (27 / 09 / 18 - 05 / 10 / 18 in Utrecht).

"The Gabo," "The Thing," or "The Tulip," either the untitled work of Naum Gabo (1957) in front of the Rotterdam Bijenkorf (1955-1957) by architect Marcel Breuer shows itself again in full glory since last winter. Most striking is the caramel-golden color of the coating with which the four steel ribs are coated, with a layer of zinc, brass and protective varnish on top. The restoration was carried out by MeestersIn, on behalf of the owner of the work, IEF Capital.