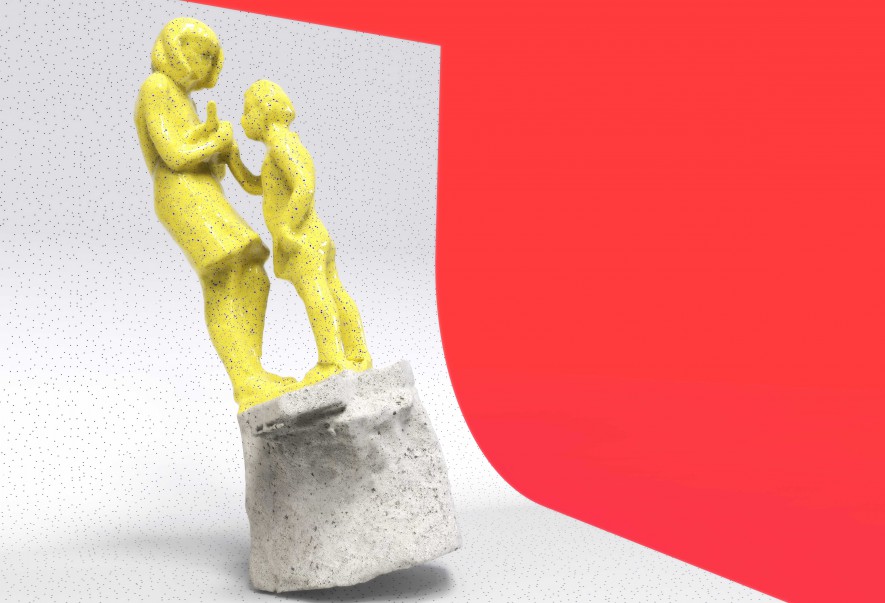 This summer Rotterdam is one park richer, a pop-up sculpture park. In Uproot Rotterdam a group of works of art from the city comes together for a summer: the sculpture park tells the story of the exceptional 'post-bombardment' art policy of the municipality of Rotterdam. The sculpture park was opened in the Museumpark on Wednesday 1 June.

Uproot Rotterdam is a project by Studio Makkink & Bey, and consists of artworks that were placed in the city during the reconstruction. They were special for that Uproot Rotterdam as it were 'uprooted' from their neighborhoods and neighborhoods and are not only typical of the Rotterdam street scene but also show what role visual art played during the reconstruction. The sculpture park shows a chronological order of the images, starting in 1940 until now; in this way visitors can take a walk through Rotterdam and experience the story of reconstruction and art. Uproot Rotterdam is located next to Museum Boijmans Van Beuningen, and opposite the entrance of Het Nieuwe Instituut. Uproot Rotterdam takes place from 1 June to 21 August. The sculpture park is freely accessible during that period, 24 hours a day, 7 days a week.

Program
Free tours are offered during Uproot Rotterdam. Work is also underway on a new work of art, a project by visual artists David Bade and Tirzo Martha, in collaboration with the Kunsthal.

The Parade
The Parade landed from 23 June to 3 July at the Museumpark; Uproot Rotterdam can only be viewed from the Parade during this period. During the Parade, admission to the Museum Park until 16: 00 hours is free, after that it is necessary to purchase a terrain map (€ 7,50).

Z-files XL: the unique art collection of Rotterdam Multi-day event about artworks in the Rotterdam street scene
Sculptures. Urban embellishment in Rotterdam since 1940 A new book written by Siebe Thissen (head of BKOR) about the reconstruction in Rotterdam and the role that art played in it
Utopian Dreams TENT shows plans and dreams of artists and architects for a new Rotterdam.
Book presentation 'Images' and opening Pop-up Image Park Images. Urban embellishment in Rotterdam since 1940 and Uproot Rotterdam Book presentation and opening of the pop-up sculpture park, Wednesday 1 June from 16: 00 hours in Het Nieuwe Instituut, and from 17: 30 hours in Museumpark. Book your tickets here From 1 June to 21 August, Rotterdam is just one park richer, a pop-up sculpture park is.
Strolling on the Flyover Saturday 16 April, Kleinpolderplein is a pedestrian promenade for one day, full of art, music, performances and lectures.
Mapping Rotterdam Laser projections and video mapping at the Motel Mozaïekque weekend
We celebrate the art! CBK Rotterdam celebrates with 'Rotterdam celebrates the City' with light events, art routes, a large exhibition in TENT, a pop-up outdoor exhibition, a book about the visual history of Rotterdam and Z-Files XL.
Photo gallery uprooted images Uproot Rotterdam
CBK Rotterdam Celebrates Art and the City Under the name Rotterdam Celebrates The City! events take place throughout Rotterdam at the initiative of Rotterdam Festivals that celebrate the completion of 75 years of reconstruction, and thus look ahead to the future of our city. CBK Rotterdam is celebrating along with a large indoor exhibition, a pop-up outdoor exhibition, a new book about the visual history of Rotterdam, an XL episode