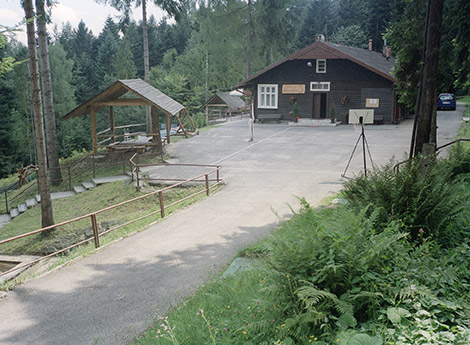 The exhibition Looking for Karl shows the intensive search of visual artist Annette Behrens for more information about the identity of SS officer Karl-Friedich Höcker, the owner of the infamous Höcker photo album.

The discovery of the so-called Höcker Album gets the front pages of the newspapers worldwide in September 2007. Visual artist Annette Behrens is immediately intrigued by the unique photo album: it shows - for the first time - the living conditions and leisure activities of Nazis who worked in Auschwitz during the Second World War. The owner of the album is SS officer Karl-Friedrich Höcker (1911 - 2000), who worked in 1944 as adjutant of the commander in Auschwitz. The album contains 116 photos from this period and shows, among other things, trips that Höcker undertook with fellow camp guards and leaders of the Nazi regime.

'Looking for Karl' has been made possible thanks to an R&D contribution from the CBK Rotterdam.