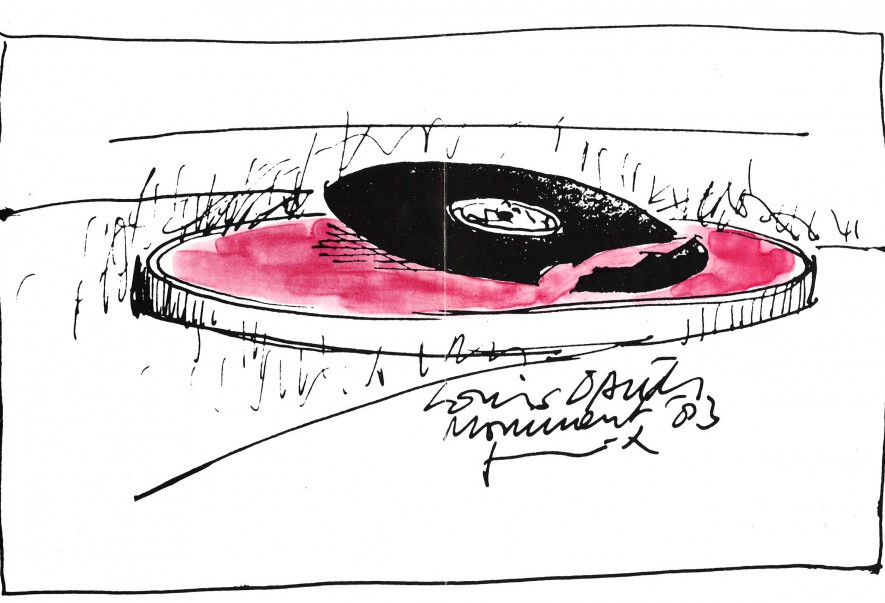 Z-Files #14 and unveiling of the Louis Davids monument

16: 00 hour: Unveiling of the monument, at Raamplein at the head of the Timmerhuis
17: 00 hours: Z-Files #14: Louis Davids and the Jewish history of Rotterdam in the WTC Art Gallery, Meent 132b (Admission free, registration not required.)

The Louis Davids Monument will return to Raamplein this month. In 1983 the memorial monument for Louis David's was festively unveiled, but in 2007 it had to be temporarily stored in connection with the construction of the new Timmerhuis. It is located roughly at the place where Davids was born and was created by visual artist Mathieu Ficheroux. The symbolic aspect, the broken LP, refers to a disappeared past of this neighborhood. (More information about the work can be found at bkor.nl.)

Opening
The relocated and partly renovated monument will be unveiled on 24 March at 16: 00 hours at Raamplein, by Rabbi Albert Ringer. Then a song by Louis Davids, performed by chansonnière Anouk Dorfmann.

Z-Files #14
From 17: 00 hour the 14e edition of the Z-Files, containing many interviews, music and images about Louis Davids, the artist Mathieu Ficheroux and the Jewish past of Rotterdam, and the presentation of the book The Zandstraat neighborhood and its Jewish inhabitants. The afternoon is presented by Liesbeth Levy, philosopher and director of LOKAAL, and there are many guests, including Jan Donia (author of Mathieu Ficheroux: Maker and Melancholic, 2008) Hans Schippers, Rob Snijders (co-authors The Zandstraat neighborhood and its Jewish inhabitants) On Roland Vonk (music connoisseur of Rtv Rijnmond). Paul van de Laar (director Museum Rotterdam) pronounces a column, after which Albert Ringer hand over the first copy of the book to Alderman for Culture Pex Langenberg. Also tells Jacques Börger about Tuschinski following the animation Tribute to the City - Tuschinski from artist Anne-Mercedes Langhorst. Chansonnière Anouk Dorfmann provides the musical accompaniment.

Louis Davids (1883-1939) was born in Rotterdam in a poor Jewish artist family with four children. The family lived on Zandstraat in the Jewish neighborhood of Rotterdam, which was also called De Polder. Davids was a talent and performed at theaters and fairs from an early age. He developed as a variety artist and renowned songwriter. Davids lived in Rotterdam for most of his life, nevertheless he is often associated with Amsterdam. Louis Davids was at the cradle of the career of a number of big names such as Wim Kan, Corry Vonk and Wim Sonneveld. His songs have also been performed by many other artists. Davids' rather unexpected death at 55 at the age of 1939 was partly caused by asthma. His famous sister Heintje Davids was the only one of the family to survive the war and she became an important interpreter of the Amsterdam song of life. 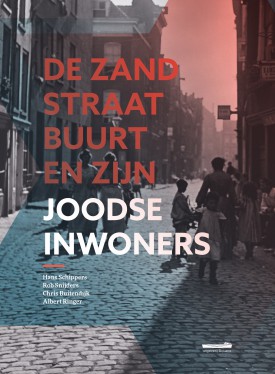 At the bottom of this post, read the article that Jan Donia wrote about Mathieu Ficheroux Friends in Business (spring 2016) on the occasion of the relocation of the monument.

Mathieu Ficheroux
Commissioned by the municipality of Rotterdam, Mathieu Ficheroux (1925-2003) designed in 1983 the 'Louis Davids monument' that was placed on the Raamplein in honor of David's' 100 year of birth. Ficheroux was asked because of the wish to have the assignment designed by an outspoken Rotterdam artist. On his last piece of sheet music, Louis Davids wrote the words: "I hope that when I am no longer there, my songs will always be remembered." Ficheroux has included this rule in the label of the broken full-length album, in addition to a drawn portrait of David.

The 78 touring plate (the memorial plate) stands for the medium of that time. The break as a dramatic element refers to Davids' texts that were lived through but also knew humor (the smile and the tear) and to the difficult period in which David lived. In addition to careful design, alienation and damage, Ficheroux's entire oeuvre plays a role. His work consists of paintings, reliefs and objects; he only made a few works for public space. On the Mauritsstraat is his portrait of Multatuli, very much loved by Rotterdammers, with the accompanying text: "Seen from the moon, we are all the same size." 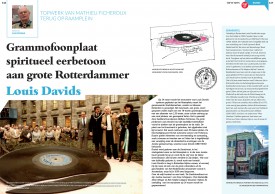 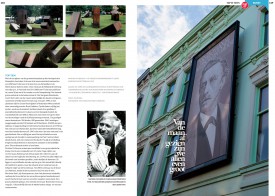 Z-Files newspaper #2 Z-Files newspaper #2, Art and the City. Can also be read online
Z-FILES #13 Louis van Roode Z-Files #13 on Thursday 29 October in the foyer of the Rotterdamse Schouwburg.
Z-Files #12 Art and the City, Free Looking ahead, visions and some flashbacks from Art and the City
Z-Files # 10: 1989 - John Körmeling On 16 April, SIR celebrates the return of work 1989 op Zuid with a Z-Files over and with John Körmeling.
Z-Files #9: It's Never Too Late to Say Sorry at Art Rotterdam Sculpture International Rotterdam presents during Art Rotterdam: Z-Files #9: It's Never Too Late To Say Sorry
Z-Files #8: Looking For Europe In the 8e edition of the Z-Files on Thursday 29 January, BKOR and WORM go 'Looking For Europe' in a talk show with films and guests.
Z-Files #7: Apples from Kees Franse The 11e Z-Files takes place on December 7, following the recently renewed 'Appels' by Kees Franse.
The first Z-Files newspaper is out! The first edition of the Z-Files newspaper appeared in September 2014.
Z-Files # 6: Breytenbach and Lucebert In response to renovated works by Breytenbach and Lucebert, Ernest van der Kwast talks to Breytenbach and Kamargurka
Z-Files # 5: Erik van Lieshout This edition of Z-Files revolves around the work of artist Erik van Lieshout, and his relationship with Rotterdam South.
Z-Files # 4: The Individual Parallel - Bilderberg Utopia by Willem Oorebeek Unveiling of new work in the SIR collection of visual artist Willem Oorebeek preceded by a mini-symposium.