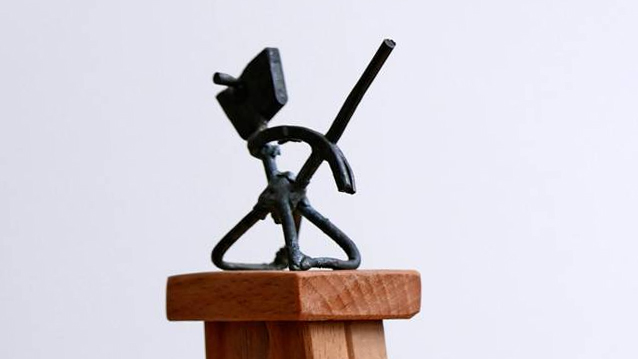 A reminder of the train traffic in Zuid
Until well into the 20 century there was daily train traffic through the streets of Rotterdam South. The trains gradually disappeared from the streets of Zuid, partly due to the restructuring of the neighborhood. As a reminder of the railway lines that were so decisive for the street scene of this district, one hand change on the Brede Hilledijk was spared by residents. Their efforts, in collaboration with BKOR (a program from CBK Rotterdam), led to this hand change being saved and given a place in the neighborhood as a reminder of this piece of history. The bill has been preserved and has received a base designed by artist Nico Parlevliet.

On November 20 2015, at 16: 00 hour, De Handwissel will be unveiled at the intersection of the Brede Hilledijk and Laan op Zuid.

During the festive unveiling, initiator Marianne van den Heuvel shares some written memories from residents of the time that trains were still driving through the streets of Zuid, and tells them about the significance of the track for the history of the neighborhood and for the port. Siebe Thissen (head of BKOR) discusses the key role that BKOR could play in the process, and what CBK Rotterdam can mean for art in the neighborhood in the future. This is followed by a formal signing moment between the Vestia housing association and the Afrikaanderwijk Cooperative. The neighborhood cooperative becomes the official owner of the Handchange, Vestia takes care of the maintenance. Aart Zevenbergen, vice-chairman of the Feijenoord area committee, will perform the opening ceremony. The program ends with a snack and a drink at De Munt.