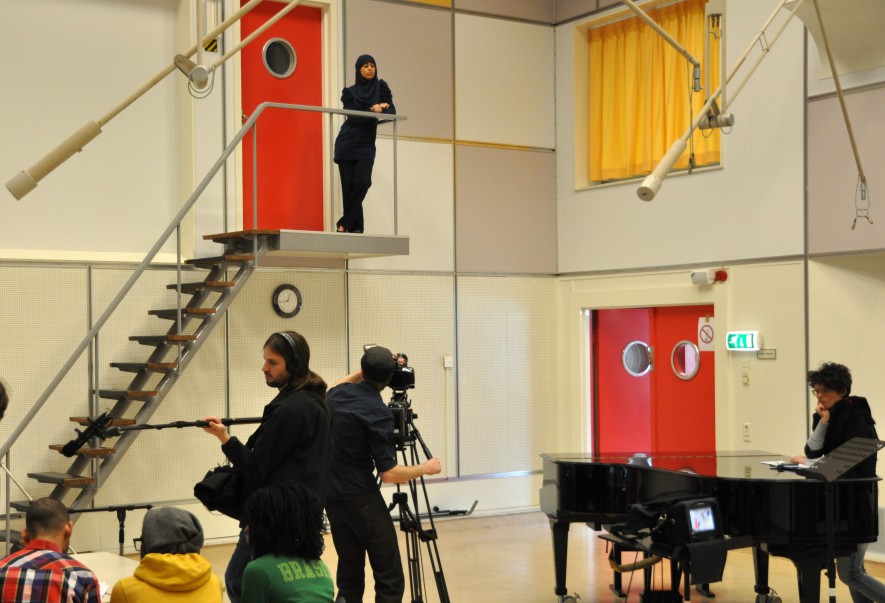 Off Screen #03: with Wendelien van Oldenborgh and others

Off screen is the stage for audio-visual productions in Rotterdam. In the May edition of Off screen is Wendelien from Oldenborgh guest at the table (see below). Also Joost Rekveld moves to exhibits #67, his latest work, which had its world premiere at IFFR2017. René van Zundert comes with his new film Bars, which received the prize for the best sports film this year. In addition, the premiere of the ultrashort In Exile by Randa Nasser and a preview of Yannick. Presentation is in the hands of Marieke van der Lippe en Christiaan van Schermbeek.

Wendelien from Oldenborgh investigates in her work how political, social and cultural relationships manifest themselves. She makes new connections visible in films and installations and establishes a dialogue between ideologically charged locations and personal stories. This year Van Oldenborgh was selected by the Mondriaan Fund to represent the Netherlands at the Venice Biennale. In the Rietveld Pavilion, she shows three new film works that deal with Dutch modernism and post-colonial history. The title film, Cinema Olanda, was recorded in one take in Pendrecht (and was made possible by CBK Rotterdam). Furthermore, Van Oldenborgh shows 'backstage' 3d prints in Venice Prologue: Squat / Anti-Squat about the Surinamese-Antillean squatters' movement of the 1970s, composed of archive material. From 17 June to 20 August a derivative audience program will take place around this presentation Witte de With Center for Contemporary Art.

Read more about the other guests and the program on the WORM website. Or click here for tickets (€ 5 in the presale)