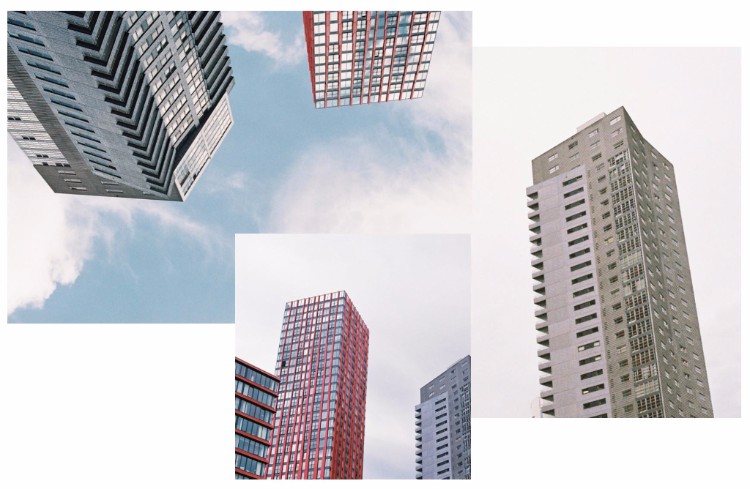 Off Blaak: The Nine Lions of the Wijnhaven

On Thursday 28 September at 17: 00 hours the visual arts event will open Nine lions from the Wijnhaven at Koningspoort Shipyard, Koningsdam 1 in Rotterdam. The event lasts until October 29 and takes place at various locations around the Wijnhaven and the Oude Haven.

The area around Wijnhaven will undergo major changes in the coming years. A large number of residential towers will be added, which will substantially change the nature and structure of the neighborhood. In Nine Lions from the Wijnhaven artists respond to these future developments in their work. Their projects take place at various locations around the Wijnhaven. Nine lions is a project within the framework of Offblaak | Free port and is made possible in part by CBK Rotterdam and the municipality of Rotterdam.

The area around Wijnhaven in particular will undergo major changes in the coming years. A large number of residential towers will be added, which will substantially change the nature and structure of the neighborhood. In their work, the artists respond to these future developments and at various locations around the Wijnhaven, the public space will act as the carrier of a work of art. The nine presentations can be viewed for four weeks.

Off Blaak | Free port focuses on the axis of Museum Boijmans Van Beuningen, via the Witte de Withstraat to the east, along the Wijnhaven, the Haringvliet and the Admiraliteitskade. This unique route along the water, parallel to the Blaak and the Burgemeester Van Walsumweg, houses a range of smaller and larger cultural institutions.

Off Blaak | Free port makes that dynamic visible at street level too. In the coming years, the focus will be on Wijnhaven. This involves collaboration with the Willem de Kooning Academy and other established institutions in the Maritime District.

Off Blaak | Freeand is a cultural program by Milou van Ham and Niek Verschoor commissioned by CBK Rotterdam and Bureau Binnenstad Rotterdam, which wants to increase the cultural dynamics in the city center.