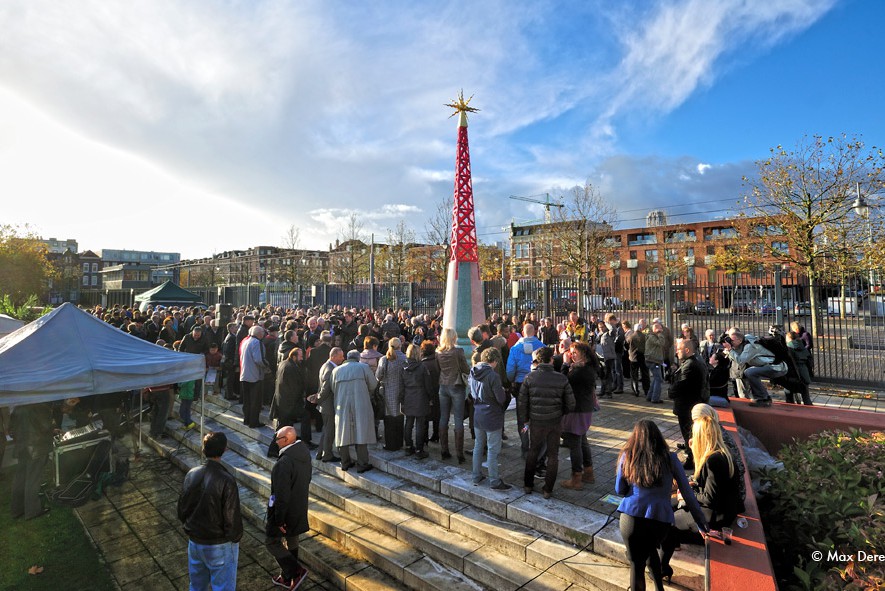 Monument for the guest worker

On Sunday 10 November from 13.00, the Monument to the Guest Worker of Hans van Bentem on Afrikaanderplein in Rotterdam South is unveiled. Since the development of this part of the city (from the end of the 19 century) it was an area where labor migrants landed: initially from, among others, Noord-Brabant and Zeeland and later from the countries from which guest workers were contracted: Spain, Turkey, (former) Yugoslavia , Portugal, Morocco, Greece and Italy. Following the unveiling of this new monument at Feijenoord, the Center for Visual Arts Rotterdam compiled a walking map - 'Feijenoord Monumental' - that focuses on the themes of work, port and migration. This card is also presented on November 10.

Feijenoord Monumental
During the opening ceremony on November 10, the new Feijenoord Monumental walking map will be presented with a route through Feijenoord along various statues and monuments on the theme of work and migration. Images with titles such as De Lastdrager, Dijkwerkers, De Roeiers and Ketelbinkie express the nature of this glorious district in Rotterdam South. The Monument for the guest worker is part of this collection of monuments. The card was issued by the Rotterdam Center for Visual Arts.

The unveiling
Around the unveiling is an extensive program with various performances, presentations and activities. Various invited guests will take the floor, including representatives from the seven nationalities and MEP Emine Bozkurt. The ambassadors of the emigrant countries will also be present. You are very welcome to witness this special moment and to participate in the festive activities.

The monument is produced by Zuliani art and terrazo BV