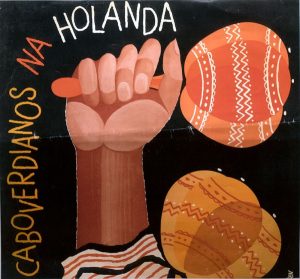 Morabeza Records, the first Cape Verde plant label in the world, was founded in 1965 in Rotterdam by João Silva - better known as Djunga de Biluca. This iconic record label has, with Rotterdam as its base, an important place in the Cape Verdean history and music sector. The creation of the label was part of the colonial struggle for independence against Portugal, led by Amílcar Cabral.

On September 20 DJ Morabeza and DJ Jose Lizardo will play records and show us the contemporary relevance of Morabeza in Rotterdam and the world through music.

DJ Morabeza aka Andre Hart is a writer and columnist. As a passionate collector of Cape Verde vinyl and black music connoisseur, he can be seen as a true Rotterdammer with soul.

DJ Jose Lizardo aka Jorge Manuel is a singer of the Cape Verdean reggae band Delidel Touch, cultural activist, Pan Africanist and Rastafari. As a born and raised Cape Verdean Rotterdammer, he is active within the Rotterdam cultural sector. He is also the cousin of Morabeza founder João Silva and specializes in Cape Verde music history and in particular his link with the Rotterdam scene.