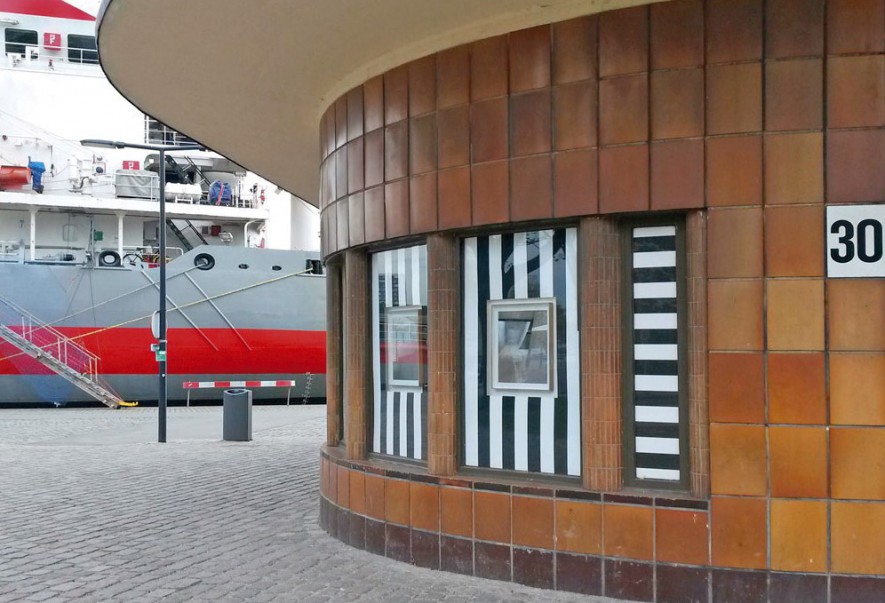 Up to and including 4 September 2017 can be seen in the Maas tunnel kiosks - next to the entrances to the escalator buildings - an exhibition by visual artist Michael Bom. He shows various paintings, images, assemblies, photos and an optical light machine from his project on the Maas Tunnel. The exhibition is visible 24 / 7, both inside and out. 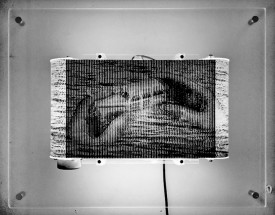 Bom prefers to work with found and existing images and materials. By taking these out of context and placing them in unexpected new ones, he creates alienating works that are nevertheless recognizable. As a resident of the city and a lover of modernist architecture, he came into contact with the Maas tunnel. This enormous structure, which is an important connection between the southern and northern banks of the city, became his new source of inspiration. Michael Bom wants to create poetry with his works and at the same time evoke a certain mystery. 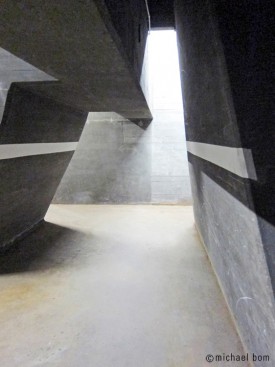 The ventilation buildings, which ensure the ventilation of the tunnel, are unknown to most people. These beautiful buildings, which are located next to the entrance to the bicycle and pedestrian tunnel, can be found in a number of Bom's works. An opportunity to view these buildings from the inside resulted in a number of special photos. Three photos of this can be seen in the kiosk on the north side. His photos show a picturesque, tranquil atmosphere, as if time has stood still.

Optical light machine
For the Maas Tunnel project, Bom developed an illuminated optical machine with which the viewer experiences the Maas Tunnel in a surrealistic way through moving images.