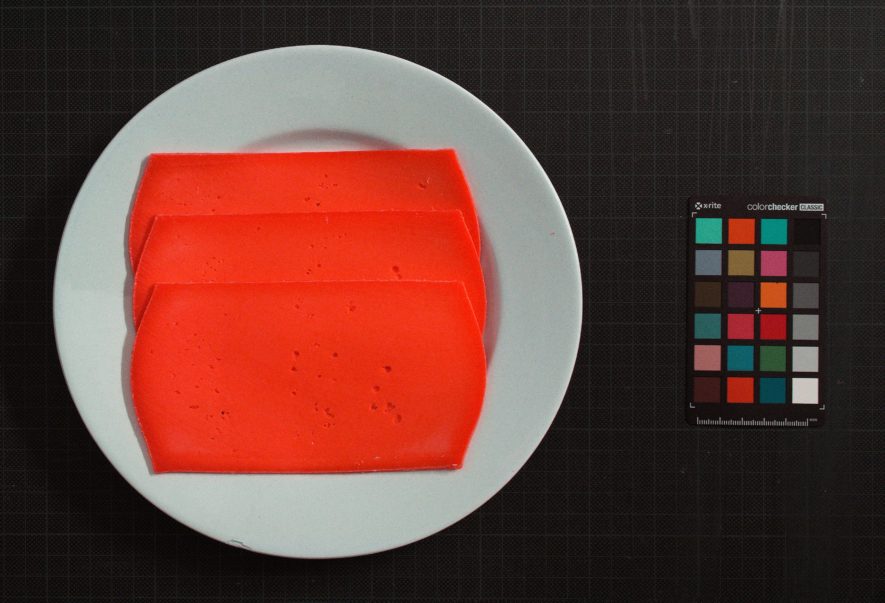 The French artist Adrien Lucca (Paris, 1983) has designed a light artwork for the hall of Metro station Maashaven in Rotterdam, the metro station that is also called 'the entrance of Zuid'.

Lucca did this on behalf of Sculpture International Rotterdam in association with RET en Rib, a space for art in Rotterdam South. The artwork is officially unveiled December 17, and can then be seen daily in the hall of Maashaven metro station. The opening is performed by Maurice Unck, managing director of RET and Ümmühan Can, chairman of the Afrikaanderwijk District Council. The disclosure is followed by Z-Files #22, with a reading through Adrien Lucca in the Maassilo, after which Maziar Afrassiabi (director and founder Rib, adviser SIR). Afterwards there is an opportunity to eat in Cultural Workshop Tarwewijk, from 18: 30 hours.

Sign Up
Due to the limited capacity of the station hall and Maassilo, we would like to ask you if you would like to sign up for the unveiling, lecture and / or meal. Send an e-mail with the reservation for the desired program components to production@sculptureinternationalrotterdam.nl

About the artwork
Lucca's artwork, titled yellow-free zone, is a light installation that replaces the existing lighting of the station hall with a special white light. The lamps, invented by Lucca, act as an 'analog Photoshop filter real-time". The white light of Lucca removes the color yellow from all bodies and objects that are in the yellow-free zone and thus causes a color-dazzling effect. Some objects become more intense in color while others lose color vitality. For Lucca, it is a serious and magical play with light and color that questions the viewer's perception of himself and the world. The work becomes part of the art collection Sculpture International Rotterdam.

About Adrien Lucca
Adrien Gary Lucca (Paris, 1983) is a visual artist and lives and works in Brussels, where he is a color teacher at École nationale supérieure des Arts visuels (ENSAV) La Cambre. Lucca has built up a diverse oeuvre over the years with drawings, prints, installations and lectures on his scientific research into the use of light and color. His work combines measuring instruments, computer algorithms and the artistic imagination. In 2010 and 2011 he did research at the Jan van Eyck Academy in Maastricht. Earlier this year, Lucca's work was on display in the exhibition Mémoire #2 White light researches / white light demons / white light demos in Rib. A recent work by Lucca in public space is Soleil de Minuit in the Montreal Metro in 2017.

Maashaven Palace
In the area around Metro Maashaven with the three districts Tarwewijk, Afrikaanderwijk and Bloemhof, Sculpture International Rotterdam will develop a multi-year program in the coming years in collaboration with various local partners. Maashaven metro station, together with the Maassilo, form the anchor point and central point in this area. As the start of the program Maashaven Palace this year Sculpture International Rotterdam moved four works of art from the center of the city around the Maashaven metro station: The Idler's Playground van Cosima von Bonin is now opposite the Metro station at the beginning of the Afrikaanderwijk, and three bronze statues have been moved from the Coolsingel to the semi-public inner garden of Cultuurcentrum Tarwewijk. The assignment to Lucca is the first assignment for a new work for this area.

Maashaven metro station
With the new artwork by Adrien Lucca, Sculpture International also wants to demonstrate and protect the special features of this Metro station. The metro station is placed on a viaduct high above the ground, supported by tapered concrete pilons. Together with the airlift, it forms an impressive image-defining structure on the inner harbor, visually connected to the Maassilo. The design of the station and the viaduct is by architect Cor Veerling (Amsterdam, 1926). For many years, Veerling was the chief architect at the Rotterdam Public Works Department and designed many Rotterdam metro stations and, among others, Rotterdam's Willemsbrug (1981). His co-designs at the metro stations in Spijkenisse were awarded the National Steel Prize in 1986.

Maashaven Palace: unveiling and garden party Sculpture International Rotterdam opens its new art program under the name Paleis Maashaven. The first step is to place four images in Rotterdam South, and that is celebrated with a revelation and garden party.