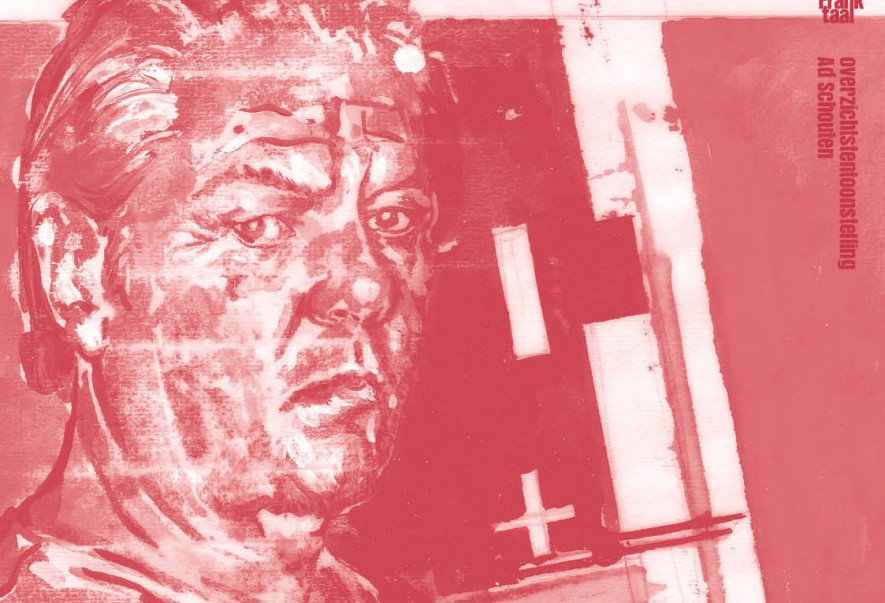 I don't want a piss afterwards

I don't want a piss afterwards is an overview exhibition with work by the Rotterdam painter Ad Schouten (18.02.1946 - 19.07.2017).
The exhibition will be opened on October 13, with an opening speech by Arno van Roosmalen, among others, and can be seen in Gallery Frank Taal until November 11.

About the artist
The Rotterdam artist Ad Schouten is known for various works in public space, such as the sculpture Future (2011) near the Slinge and the mural Irreversible (1994) in the Bloemfonteinstraat. In 2016 he took part in the exhibition Masters of Rotterdam in the WTC Art Gallery.

Schouten was trained as a painter at the Academy of Visual Arts in Rotterdam. He also studied Art and Cultural Sciences at Erasmus University Rotterdam. Schouten is known for his gouaches on paper, with penetrating self-portraits, in which reference is made to art history. He thereby shows great interest in, for example, the paintings of the former GDR influenced by social realism or for the modernist visual language of the Interbellum. His greatest fascination was conceptual art, performances and happenings that he personally experienced in the sixties and seventies of the last century.

In the publication 60plus +, 60 artists from Rotterdam (2007) from Duo / Duo Publishers Ad Schouten referred to his youth at Zuid in his conversation with Frank van Dijl and how he developed into an artist from the hardcore CPN family and started looking for something like freedom. “I know what I can do for the last fifteen years. Then you also know what not to do. I have now reached the point where I say exactly what I want to say. ”Schouten died on Wednesday 19 July 2017 at the age of 71.

I don't want a piss afterwards is made possible in part with a financial contribution from CBK Rotterdam.