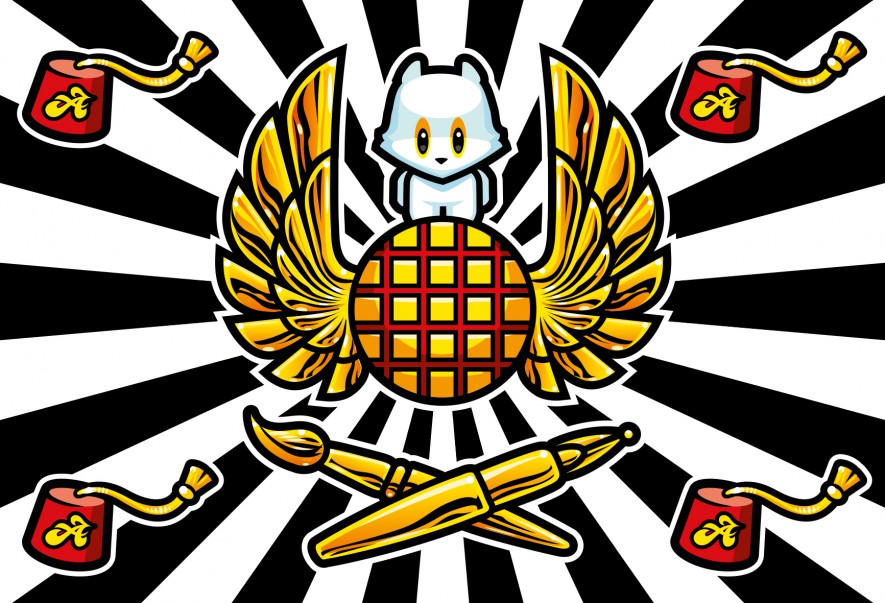 On Tuesday 2 May - the 105th birthday of the Rotterdam-born cartoonist Marten Toonder - the 'Toondermonument' of the Artoonists returns to the city. The work, formally titled Homage Marten Toonder, was temporarily stored in connection with work on the underground bicycle parking facility at Blaak Station. The monument has been restored by the Zuliani company. The unveiling will take place on 2 May next on the Verlengde Nieuwstraat (near the Market Hall).

Marc Kleijnen, director of Strips! Museum for the Picture Story will speak about the mastery of Marten Toonder. The makers of the image, De Artoonisten, will festively inaugurate the new location of the Toonderbeeld with a theatrical act. Afterwards a party follows in the nearby comic museum.

Program
14: 00 hour: Beginning of the unveiling of the Toonder Monument
15: 00 hour: Conversation with Toonder and Bommel connoisseur Rob van Eijck in Strips!
(within walking distance in the Wijnbrugstraat 5)

About the image
This artwork is a tribute to cartoonist Marten Toonder, who turned 90 on 2 in May 2002. The statue, which is more than six meters high, consists of a baroque clover-shaped bench, on which four well-known figures from the Toonder strip comics: Marquis De Cantecler, Mayor Dickerdack, Professor Sickbock and the painter Terpen Tijn. They represent four force fields in society: philosophy, politics, science and economics. A large obelisk towers above it, illuminated on four sides with reliefs. The obelisk is crowned by brush and pen, symbols for Toonders drawing and writing, a globe that refers to the fantastic universe of comics, and Tom Poes, personification of Reason.

It was a deep wish of the Artoonists to complete their artwork with a literary note by Marten Toonder. After the 15 year, the clover-shaped bench of the Homage to Marten Toonder is provided with a line in gold van Markies de Canteclaer from 'De Verdwenen Heer' (1968 / 1969) van Marten Toonder: "Black stones as a remnant of a decadent past, against the marble-white present, where the silent tears weep, of the liberated spirit ..."

About the artists
The Artoonisten is a Rotterdam artists' collective that consists of Hans van Bentem, Luuk Bode, Boris van Berkum aka DJ Chantelle and Pepijn van den Nieuwendijk. They announced a new trend in 2001 at Showroom MAMA. Artoonism derives images from mass media, packaging, advertising and of course cartoons. To that they add fantastic elements from science fiction or (contemporary) mythology.

Now on display in STRIPS! Tom Poes and Heer Bommel - 75 year Literary Fate
Until May 28 is in STRIPS! to see a large exhibition about Marten Toonders Tom Poes, with original material never shown before, film cells from the never-finished first feature film and images from the blockbuster If you know what I mean. Also to be seen: many original strips from the newspaper strip with the adventures of Tom Poes that were published in De Telegraaf from 1941. Especially for the unveiling visitors of Strips! on 2 in May 50% discount on this exhibition.