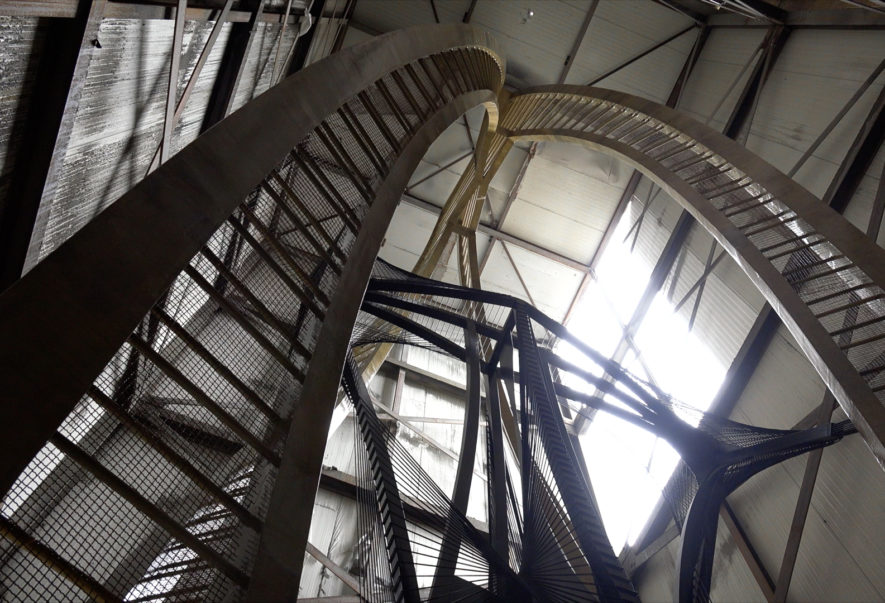 What actually happened behind the bulkheads during the restoration of 'the Gabo'? The Rotterdam filmmaker Mels van Zutphen recorded it in his film The thing. You can already come and watch the film in one special preview during Off Screen in WORM on 20 September, but you are also very welcome at the official premiere of the film during the Dutch Film Festival.

The Rotterdam artist / filmmaker Mels van Zutphen made the short documentary commissioned by CBK Rotterdam / Sculpture International Rotterdam. The film combines awesome shots of the sculpture with audio clips from Gabo's flaming Russian manifests. In the meantime, the unsuspecting Rotterdam shopping public walks past the artwork every day, without realizing its historical value. For example, a utopian view of the function of art goes hand in hand with an indifferent present, in which this public work of art is taken for granted.

first The Thing on Sunday 30 September
The thing will have its premiere during the Dutch Film Festival in Utrecht on Sunday 30 September. The festival takes place from 27 September to 5 October. The film can also be seen there a second time in the compilation program 'Korte Documentaires 3' on Tuesday 2 October from 16: 30 hour. Tickets cost € 10 and are here to order.

Preview in Off screen on Thursday 20 September in WORM
The film by Mels van Zutphen can also be seen during a preview at Off Screen in WORM, on Thursday 20 September. Sjoerd Westbroek presents his column prior to the festive preview The thing, the box and the man in which he looks at the role of the image in his environment. Also in this edition of Off Screen: Rotterdam's best graduation film A Death in the Family from Puck Litaay, the newest Portrait de Deux from Ennya Larmit and The High Flight of Abraham Tuschinski from Arthur Bueno.
Tickets cost € 5 in the pre-sale.