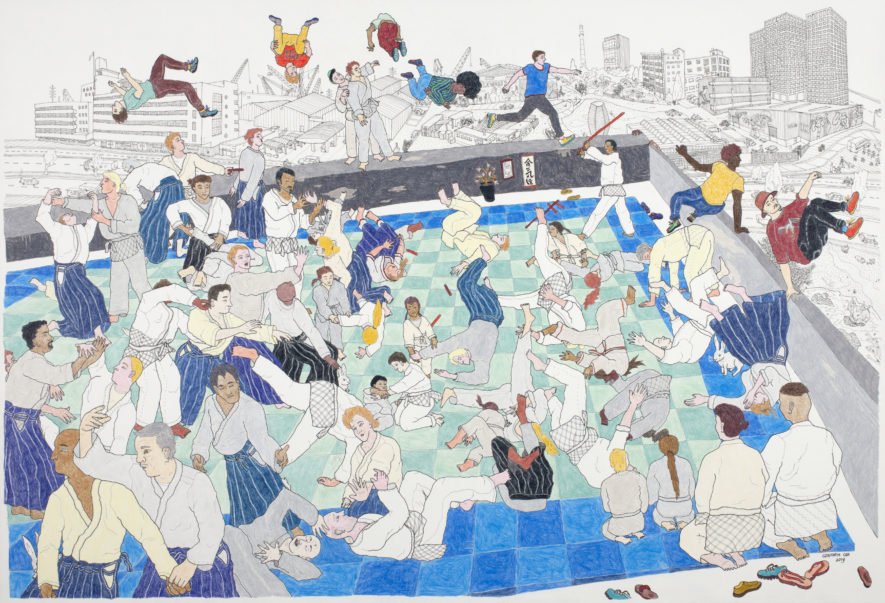 The city designers of Rotterdam made drawings for the City Archives and CBK Rotterdam that the Kunsthal shows from 9 November 2019 to 12 January 2020 in the exhibition Signed: Rotterdam!
The artist Cox Janssens (1993), Isra Páez (1982) and Kay Hessels (1987) accepted the assignment to draw the city around three themes: Urban agriculture / pioneers in the city, Sport locations / activities, and urban / youth culture.

From Saturday 9 November, the Kunsthal Rotterdam will show 'Getekend: Rotterdam!', The result of an assignment from the City Archives and CBK Rotterdam to artists Cox Janssens, Isra Páez and Kay Hessels. In a series of twelve drawings, the people of Rotterdam give a personal interpretation to one of the three set themes.

The recently graduated designer Cox Janssens (1993, Rotterdam) is working on the theme of sports clubs. Her colorful and caricatural illustrations show the diversity of sport in Rotterdam, from team sports to individual sports, on land and in the water. The drawings show the connecting factor of sports clubs as a meeting place. The sports that Janssens combines against the backdrop of the city of Rotterdam are always very diverse - she combines aikido with freerunning and rowing with swimming - creating surrealistic collages. 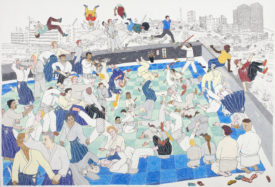 Isra Páez (1982, Madrid) graduated in architecture and goes in search of raw and desolate places where young people come together for the theme of street culture. In his charcoal drawings, Páez reacts to the hidden places under overpasses, along motorways and around railways. The traces of the 'hangouts' are visible between the concrete architecture and heavy constructions. 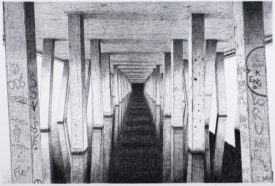 Artist Kay Hessels (1987, Vlaardingen) makes detailed drawings of existing buildings and then gives his own twist to this. For this assignment he elaborates on the theme of urban agriculture. From a bird's eye view, Hessels draws iconic Rotterdam buildings such as Schieblock, the Markthal and Blue City - the former Tropicana swimming pool - in which he overgrows the roofs with flora and fauna. With these imaginative jungles, Hessel wants to make nature more accessible to residents of the city. 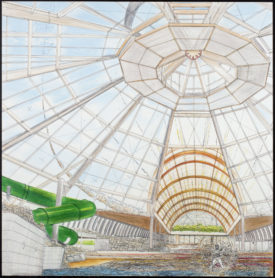 Rotterdam city draftsmen
Until the end of the 80 of the last century, the Rotterdam City Archives gave commissions to artists every year. Even before the bombing of 14 in May 1940, but especially during the reconstruction, cartoonists recorded the changes in the city. Due to the rapid changes, Rotterdam is an ideal source of inspiration. Since 2018, this tradition has been restored to its former glory and city draughtsmen continue to complement the Rotterdam City Archives collection.