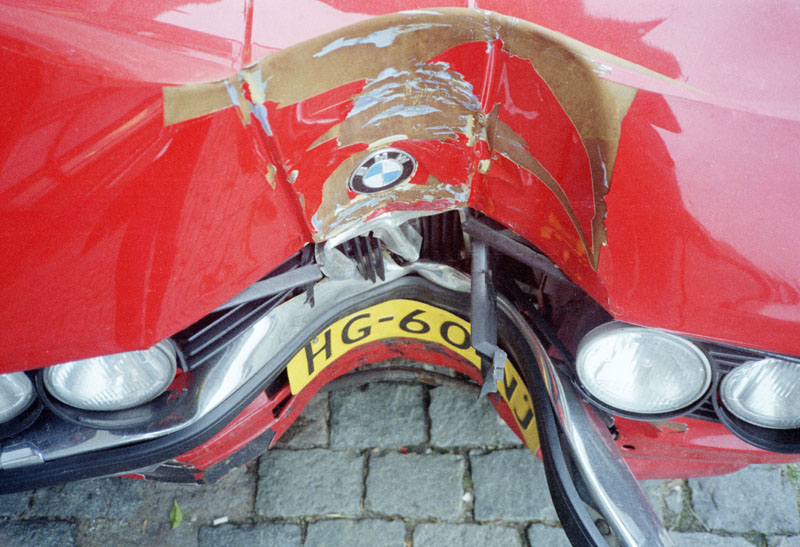 Gabosingers: Cars on an A

Hotel Modern and Arthur Sauer perform the absurd-futuristic act twice on Friday 16 September Cars on an A at the sculpture by Naum Gabo in front of the Bijenkorf, to draw attention to the 26 meter high world-famous, but heavily neglected image from 1957.

Pauline Kalker recites the poem with a voice like a roller coaster Cars on an A. It is a spectacular hymn for the technology, the variety, and the naming of cars. Sculptural explosions, scraping sonorities, phenomeno-acoustic explorations, sounding metal and thumping skins will be part of an ode to constructivism. With his battery of percussion instruments, composer Arthur Sauer will see if he can match Gabo's weightlessness.

Gabo is being refurbished The artwork of Naum Gabo on the Coolsingel is being restored.
Gabosingers during North Sea Round Town Sculpture International Rotterdam has been paying tribute to ZT (1957) every Friday afternoon for the past two years, and the worldwide famous statue of American Russian artist Naum Gabo. Gabo made this work for De Bijenkorf and gave the city of Rotterdam that was still in ruins in those years a symbol of courage, hope
Become a friend of Naum Gabo Become a friend of Naum Gabo