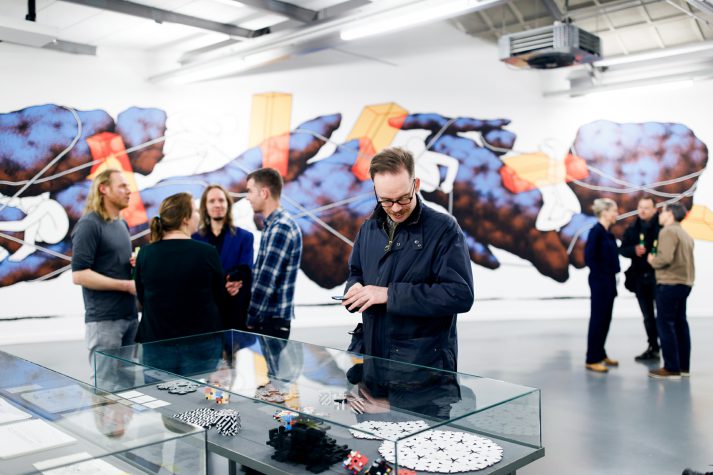 Events with the nominees for the Dolf Henkes Prize 2016

In the context of the Dolf Henkes Prize 2016, TENT presents two meetings in which the public can get to know more about the artistic practices of the four nominees.

Op Thursday evening 19 January From 20.00 hours onwards, DHP nominees Daan Botlek and Rory Pilgrim go deeper into their practice and work in the exhibition at TENT. They do this on the basis of conversations, images and film. On Sunday afternoon 22 January from 15.00 hour it is Katarina Zdjelar and Rana Hamadeh's turn: each of them will also elaborate on their work in a one-hour program. More information and tickets can be found on the website of TENT.

Dolf Henkes Price 2016
Daan Botlek, Rana Hamadeh, Rory Pilgrim en Katarina Zdjelar have been nominated for the Dolf Henkes Prize 2016. The prize is awarded every two years by the Henkes Foundation to an iconic Rotterdam artist. The jury nominated the artists who have a chance to win an amount of 12.000 euros. In TENT the exhibition with the work of the nominees takes place from 15 December 2016 to 19 February 2017. During Art Rotterdam on Thursday 9 February the winner will be announced in TENT.

The Dolf Henkes Prize is an initiative of Stichting Henkes. Among other things, the foundation has set itself a favorable Rotterdam art climate. The Dolf Henkes Prize 2016 is made possible in part by the Henkes Foundation, the Cultural Heritage Agency of the Netherlands, the Foundation for the Promotion of Popular Power, the G.Ph.Verhagen Foundation, the STOER and the Powerhouse Company.