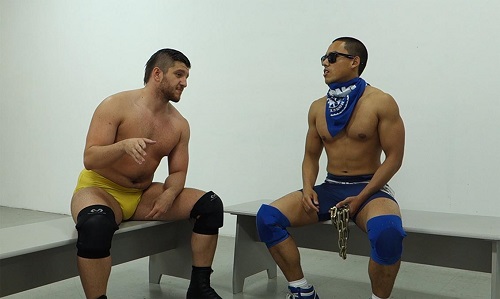 Starting in November, Taylor started talking with people from the 'Cool' neighborhood in the immediate physical environment of WORM about what interesting, appropriate and urgent storylines could be for a Rotterdam wrestling show. The focus here is on small-scale problems that form characters for the exhibition and performance. For example: the parking problems for residents in Cool: Parking nuisance vs.. Regulations. Taylor, the local residents and WORM want to investigate whether a playful spectacle such as a show wrestling competition, with recognizable problems from the neighborhood, can contribute to a sort of relief and can serve as a reference point for follow-up conversations. 8 to 16 December there is an exhibition in the S / ASH GALLERY of WORM in which costumes, attributes and promotional films are shown on which Taylor, 6 wrestlers and residents of Cool-Zuid have worked. On 16 December three issues are being wrestled in the ring in UBIK space.

About Coolstof
The Kunstblock institutions MAMA, WORM, V2_, TENT Rotterdam and Witte de With Center for Contemporary Art have invited various artists and collectives to realize special projects. Every month from September 2017 to May 2018 there is a surprising performance, performance, intervention or installation in the Cool neighborhood. The COOLSTOF projects also take place on Friday evening, during De Kunstavond. The first COOLSTOF edition was a performance by Geo Wyeth for Showroom MAMA in September 2017. COOLSTOF is made possible in part by the Municipality of Rotterdam.