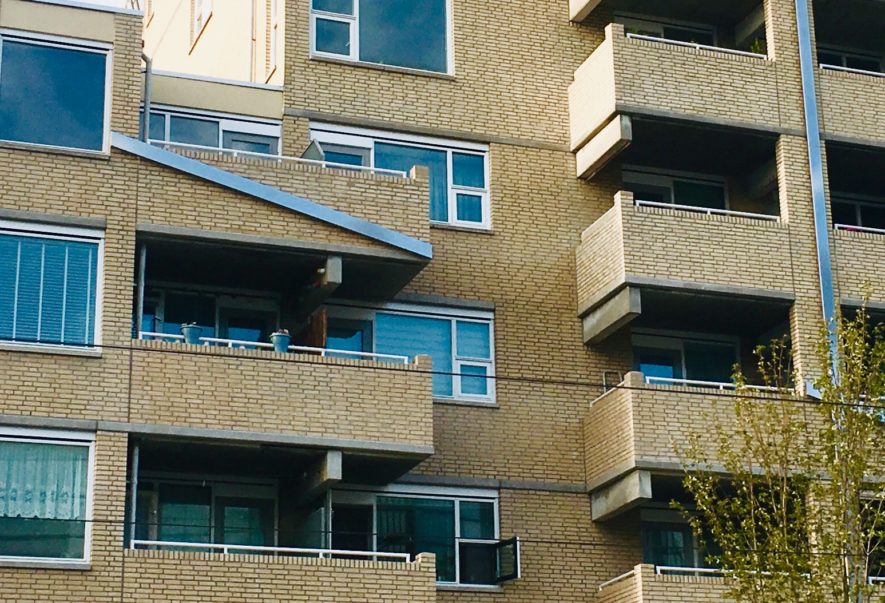 Last summer the facade of the Regina residential building at the head of the Spoorsingel was refurbished. For many years the VVE devoted itself to a work of art through which the façade of the building could be refined. A sketch design was chosen by Leontien Wiehink, in which she incorporated the northern façade of the station and the façades of the premises on the Spoorsingel as a common thread. The result is a minimalist intervention, consisting of stainless steel strips that are applied to the facade in the form of two large windows.

CBK Rotterdam supervised the sketching phase and acted as co-financier from the BKOR and Art Office programs. The work was made possible with contributions from the Noord and Havensteder Regional Commission. The work of Leontien Wiehink is unveiled on Saturday 13 October at 16.00 hour.

About Leontien Wiehink
Leontien Wiehink graduated from the AKI as a public space designer. In addition to her work, she attended a goldsmith course. In 2015 she founded her own studio in which she deals with art in public spaces, products for the outdoor space and jewelry. CBK Rotterdam asked her for a sketch proposal for the facades of the Regina apartment complex. The result is the 'Vensters op de Provenierswijk' line game. In December Wiehink makes a second work in Rotterdam, on the façade of the Delftse Poort, next to the entrance. This will be a line play of white tape.