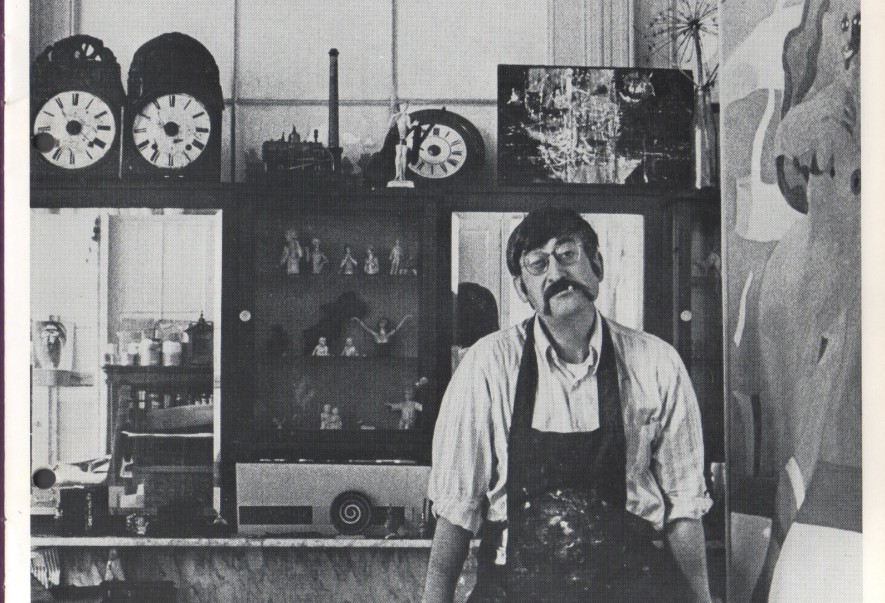 A beautiful and colorful painting by the late Rotterdam artist (1933-2009), called 'Rotterdam Mon Amour' (about the bombing of the city), will be officially handed over to Sjarel Ex on Sunday 4 October. This well-known director of Museum Boijmans Van Beuningen will include this new acquisition in the permanent museum collection.

José Ylstra, Bouke's widow, will present this historic work to the museum director at 17.00 this Sunday at Gallery Wind on the Prins Hendrikkade (123h-124a) on Noordereiland. The opening of the Ylstra exhibition, which can be seen in the gallery up to and including 22 November, will be introduced by Siebe Thissen, head of art public space at BKOR in Rotterdam. The exhibition has been compiled exclusively in collaboration with José Ylstra and gallery Wind. In addition to gouaches, drawings and etchings, there are oil paintings by him.

According to art critics, Bouke Ylstra was a versatile and image-determining Dutch and Rotterdam artist. He grew up in Rotterdam at the Zaagmolenkade and the Briestelaan. Although he settled in Dordrecht at a young age, he remained a Rotterdam citizen in heart and soul. In between, he still had a studio on Oranjeboomstraat in Rotterdam South for a while.

He received his education from 1950-1954 at the Academy of Visual Arts and Technical Sciences in the Maas city, now the Willem de Kooning Academy. In 1964 he returned here as a teacher in Graphic Techniques. During his long-term art career, Ylstra exhibited numerous times at home and abroad. He received many national and international prizes for this.