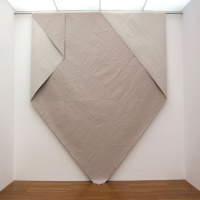 Between the Map and the Territory, group exhibition in TENT (2012)

Between the Map and the Territory