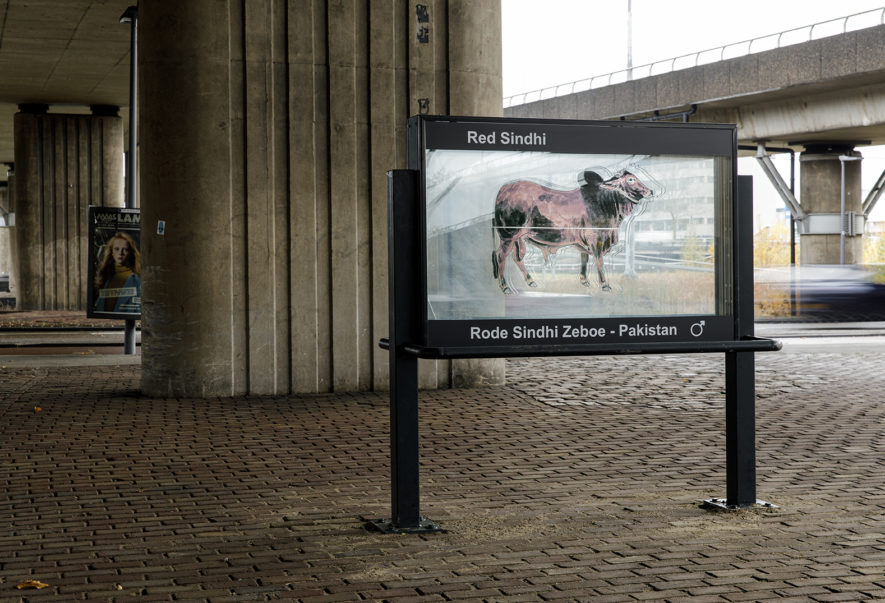 The museum room on Kleinpolderplein received two new works of art this month Project Polderlaan (1999) and borrowed the image Solar head (1963) to Amsterdam.

Continuous movement on Kleinpolderplein has been normal since the completion of this huge traffic square with highways through Overschie in 1970. Since 2011, after redevelopment, this area became an ingenious part of the city consisting of water storage and a museum room in one of these water collection places under the A13.

Solar head
As Solar head (1963) by Carel Kneulman (1915 - 2008). During a search by Vereniging Wonen Willemspark and the Municipality of Amsterdam, the eye fell on this sculpture and BKOR & Stichting Werkgemeenschap Kleinpolder asked for loan for a worthy plan.

In the park of the Emmaplein they are setting up a sculpture garden on the initiative of the Vereniging Wonen Willemspark. In the park they place images of the artists' collective Groep A'dam. A group of artists who were the pioneers of abstract sculpture in the 1915s. The layout of the park with the images is a tribute to the five artists Carel Kneulman (2008-1912), Wessel Couzijn (1984-1922), Ben Guntenaar (2009-1923), Shinkichi Tajiri (2009-1921) and Hans Verhulst ( 2005-XNUMX).

Due to a redesign at the Polderlaan in Bloemhof-Feijenoord, these very damaged artworks had to give way. Originally existed Project Polderlaan from six steel light boxes in metal frames and were situated as an extension of a shopping boulevard. Six cow breeds were depicted on the glass and a relationship went to countries of people living in Feijenoord.

Joe Cillen (Paal, 1945), former skipper, is a conceptual artist who expresses himself through installations and painting. He has been working on the 'MS Noordereiland' plan for several decades, where he regards the island as a large motor ship.