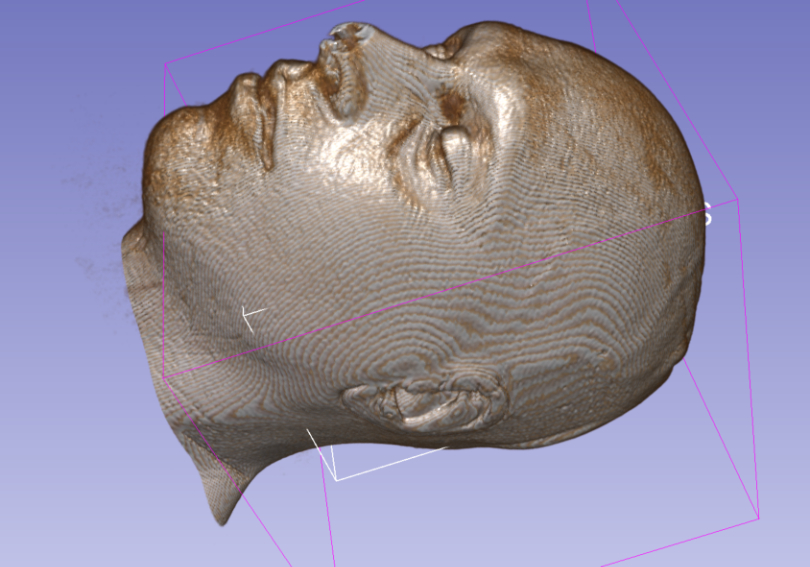 "My ultimate plan is to have myself printed"

In the early summer of 2019, Ronald Bal spent two months in Dresden as part of the exchange project that the city of Dresden, the Goethe Institut and CBK Rotterdam have had together for nearly ten years. Sandra Smets spoke with Ronald Bal about his work there and his impressions.

At the desk in his studio, Ronald Bal starts the computer and turns on a film of slowly moving spots, black and white. It is a rough version of one of the results of his artist-in-residency in Dresden. Two fertile months, which brought him a lot of new material and contacts, which enabled him to make this film. “This is an 3D scan of my body. I spent two and a half hours in a CT scan at the TU Dresden, which takes a picture every three millimeters. I now stick those photos together, this is how this film comes into being. So you slowly walk through my body. Look, the abdominal cavity. "He points. "But when you see it, it's mainly about light, that's how it ultimately looks."

Black and white shadows alternate on the screen when a virtual camera travels slowly through its body. In 2010 Bal graduated with performance, since then he has been organizing performance-related programs and he has done a number of times, short residencies focused on that. In addition, he has widened his field of work and he also delves into the body in other ways, especially its relationship with technology. He makes copies of it in other media, in natural materials, for example, he wants to print in clay, with egg yolk, seeds. What does such an organic copy mean? When are you still human? What does it mean in essence to be human? With such questions about the contrast between body and technology, he had written an application for the guest studio in Dresden, a working period that would lead to many new sketches, ideas, research, and this film.

That required a CT scan, a rather high-tech facility that the art does not have. But an artist-in-residency offers a network. The Dresden guest studio was in the C. Rockefeller Center for the Contemporary Arts that linked him to, among others, a historian who organizes much in the art world in the field of technology, Gwendolin Kremer, who in turn introduced him to the TU Dresden. “That's the beauty of such an artist-in-residency, through everyone you hear that you are there. You will be taken to lectures, openings. The art world is close, I thought that was beautiful to see. The network that you end up with at such a residency has brought me a lot. I knew that Dresden has a very large TU, but not whether I could work with it. It turned out that they had never scanned an entire body, only parts, this is normally very expensive. They gave me the free data that this yielded. I can work with that material for a long time. "

He has to get to work too, because he will return to Dresden in January to show the film. That is the second Bal exhibition in Dresden since the end of his stay there, the contacts have remained. “I can recommend this to anyone, also because Dresden is pretty close. Dresden is a fantastic city. I was in Neustadt, the left bank. There are such 3 to 7 demonstrations every week. Everything happens in the public space. It is politically charged and yet it is a peaceful get together, that is not the case here. Here you go to the market, the public space serves less here to come into contact with each other or to convince each other of your views. It was an eye-opener that a city can function that way. "

While he is telling the film, the film has landed at the brain, parts flickering slowly and disappearing again. The screen is next to various books, such as Donna Haraway and How to grow a Human by Philip Ball, which he discovered in Dresden. “It states how it has been discovered that a different part can be made with each part of your body. So brain cells can be made from your skin. That is quite new, ten years ago this was not yet possible. My ultimate plan is to have myself printed. I am not so much concerned with myself, but more with the idea that you can do this with a body. ”

“The residency has been very important to me. I have developed a very different way of working through the combination with data. I have done a lot of research there, have also been to lectures at the university, to get a grip on that matter. The CT scan was used to see how you can create an image of the body with digital means. To do this with organic material, I will go to the EKWC at the end of 2020. I want to print organs in clay there. "

In the meantime, he remains in contact with Dresden. At the studio home in Rockefeller there was not only an exhibition space but also a project room with facilities for artists. There he discovered screen printing with egg yolk on plastic, for which he wants to return. "They are open to that, they said." He may be able to combine that with a subsequent longer stay. “I want to apply for a residency at the TU there. Nowadays, robots exist at the micro level, which TU Dresden specializes in. They can enter your body. I would like to see if I can do something with that. " 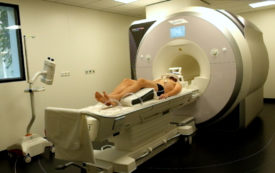 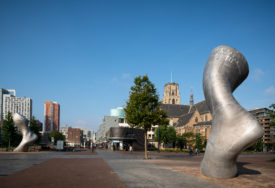