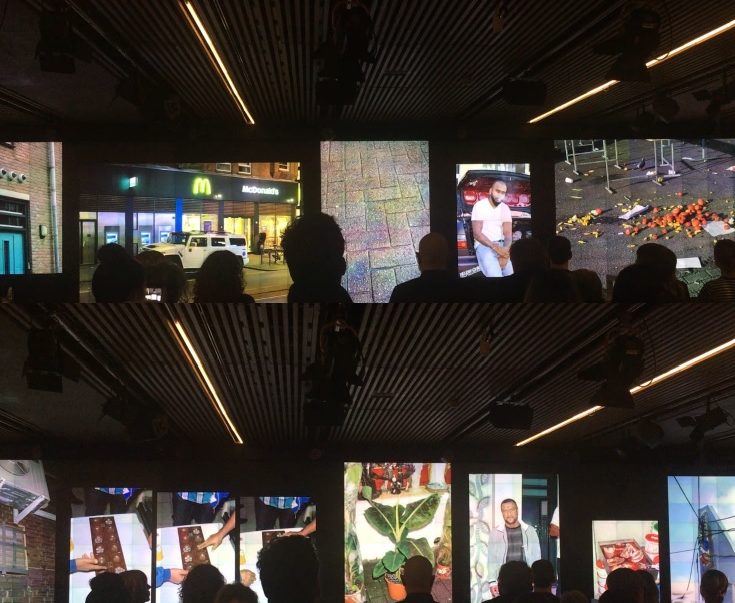 In the third round of the R&D scheme of 2019, 13 applications were approved for a total amount of € 121.916. There were a total of 50 applications for an amount of € 424.759. Each approved application receives a contribution that enables the visual artist to further develop his professional practice.
The honored artists are: Florian Braakman, Seecum Cheung, André Dekker, Pilar Mata Dupont, Angelica Falkeling, Lizan Freijsen, Carmen José, Tess Martin, Salvador Miranda, Alexandra Phillips, Wouter Venema, Marleine van der Werf and Liza Wolters.

Florian Braakman
Rotterdam it's happening, an artistic research into city marketing and visual representation of the city.

Seecum Cheung
A long-running ethnographic series of experimental documentaries, which records the planned demolition of the paternal village of the artist's father in Hubei, Shenzhen (China), while the government initiates a major redevelopment plan instead of the village.

Pilar Mata Dupont
An investigation into methods for combining documentary and testimonials with recorded theatrical performances; wanting to learn new skills and techniques when working with performing artists while creating scenes based on the outcomes.

Angelica Falkeling
The Sport & Sexuality project wants to question various sports rules by developing a Cross fit Arena that consists of a series of sculptural episodes in the public space of Rotterdam international top LHBTQIAP athletes.

Lizan Freijsen
An investigation into the palette of discolorations, the intensity and the saturation of color in photos, sketches and own work with the aim of experiencing the 'life phase beyond flowering' in a different way.

Carmen José
A study of movement exercises and the connection with signs for the development of tools to facilitate conversations constructively.

Tess martin
Development of a concept, animation technique and visual style of a short animation film noir of 10-15 minutes, as an ode to courage, with fantastic, non-linear elements.

Salvador Miranda
A research and development project for a multimedia experimental cinematic installation that follows the history of the human search for immortality, seen from the colonial era to modern science today.

Alexandra Phillips
The development of new work seen from the new Rotterdam living environment, in order to better understand the unknown landscape and the political climate.

Wouter Venema
In which way can technical and uncontrollable and aesthetic aspects of working with enamel be linked to ongoing skin research?

Marleine van der Werf
Innovation and Journalism Workplace Residence to investigate how someone else's experience can be experienced.

Liza Wolters
An investigation into the possibility of imagining and saving an original live moment in which the artist is moved.