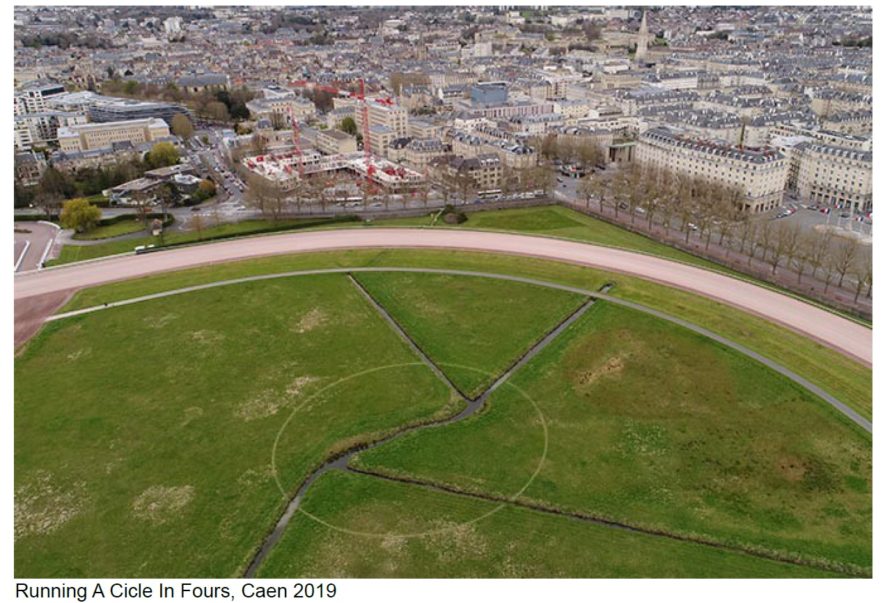 Jeroen Jongeleen, Working with a drone

Bergur Thomas Anderson
A research focused on storytelling within the performative, musical en narrative practice of the artist.

Annette Behrens
A study into the visual strategies of the new right-wing youth movement Die Identitäre Bewegung in Germany.

Niels Bekkema
An investigation into the way in which prosody can be used to give lifeless objects a voice with the help of light and / or movement.

Cihad Caner
An investigation into the history and background of the green marble platform that is placed at the headquarters of the United Nations behind the main stage in New York City.

Lee Eun
A long-term research project in which traditional ideas about sex, gender and sexuality as experienced in daily life are studied.

Marta Hryniuk
A cinematic investigation into the different symbolisms of Galicia for different population groups.

Maarten Janssen
An investigation into the autonomy of art seen from former Berlin to incorporate the results into new work that will be made in Rotterdam.

Jeroen Jongeleen
Experimenting and producing drone yourself–recordings of your own running drawings in the field.

Dirk van Lieshout
An in-depth investigation during a stay at EKWC, into the origins of signs and symbolism and the Maroon culture.

Pitchaya Ngamcharoen
A study in which the use of fragrance in theater plays is investigated, as a method to tell stories, in particular about the herbal trade.

Falke Pisano
A reflection on the existing one artistic practice, based on an existing text document, resulting in an animation.

Victor Santamarina
A study that focuses on the experience of the body and its limits on the precarious, fluid and unstable way of contemporary working and living.

Lichun Tseng
A collection of 16 mm film images of the moments between invisibility and visibility.

Esther Urlus
An 360 ° C moving panoramic movie installation, inspired by the panorama paintings at the end of the 19e century.

Joost van der Wiel
A search for the right forms of publication for a desired audience that cannot be reached through traditional channels.