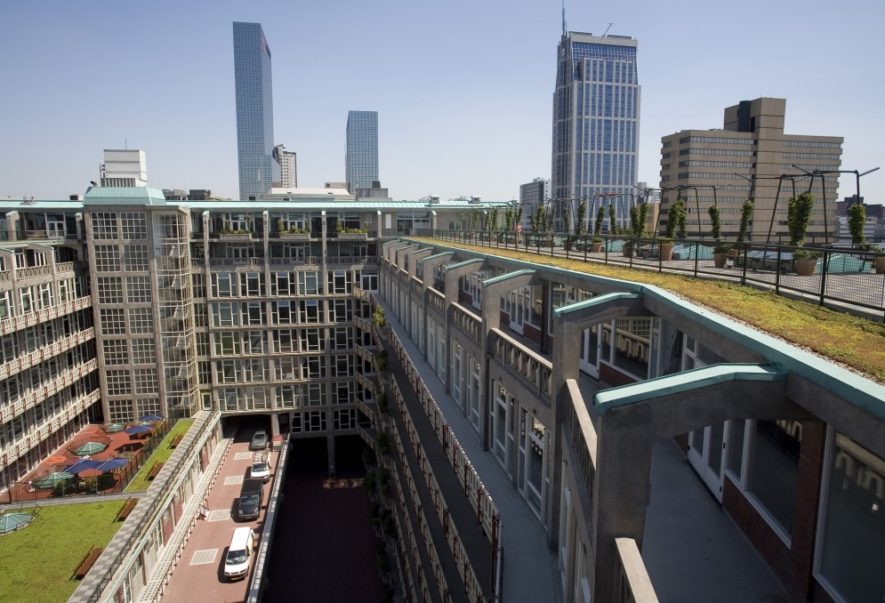 The city designers of 2019 are known!

After a successful pilot project in 2018 in which ten Rotterdam artists captured ten different buildings by Rotterdam architect Hugh Maaskant, the City Archives and CBK Rotterdam, in collaboration with the Kunsthal, decided to restore an old tradition and to commission a number of artists each year. to capture the city. At the beginning of February 2019 they called on artists from Rotterdam to submit documentation on the basis of which a jury makes a choice for a maximum of three artists who are asked to make drawings based on a theme. The new Rotterdam City Designers are 2019 Cox Janssens, Kay Hessels and Isra Páez.

The themes for this year are:

• Urban agriculture - pioneers in the city

The call was answered with 72 submissions that together nicely reflects the idiosyncratic nature of Rotterdam culture. The jury was very pleased with the quality of the entries. Initially, from the original list, 23 was left with names that were again reviewed by the entire jury on the basis of the predetermined criteria. 10 followed names from that list with which the jury spent many hours. Each and every one of these are artists who fully earn the Stadstekenaar 2019 designation. In the final part of the jury's deliberations, much was therefore shifted to see whether a nice division could be made between the subjects and the style of the artists. That was not an easy task and more than once was changed in the formation of artist and portfolio.

Cox Janssens convinced the jury with its quirky drawn buildings (in Berlin and Rotterdam) to which the concept of 'talking architecture' is very applicable. In her motivation, she set herself the challenge of creating a somewhat different cityscape in which people will also play a role. We invite Cox Janssens for the topic 'sports clubs and activities'.

Kay Hessels' drawings are complex, chaotic, labyrinthine: the city as a delirium, the artist as a whirlwind. He shows the city as a total jungle in which everything is overgrown and the city man has to find a new connection. This vision of the future is frightening and hopeful at the same time. Kay Hessels is invited for the topic 'urban agriculture - pioneering in the city'.

Isra Páez shows that Rotterdam really still has those 'raw' sides that made it sometimes scary for people to go to Rotterdam (yes really). In his beautiful series 'The wild routes of Rotterdam' the city shines in all its desolation. The way of working and its beautiful style give the jury the conviction that a special series will be created. Isra Páez is invited to take up the subject of 'urban youth culture'.