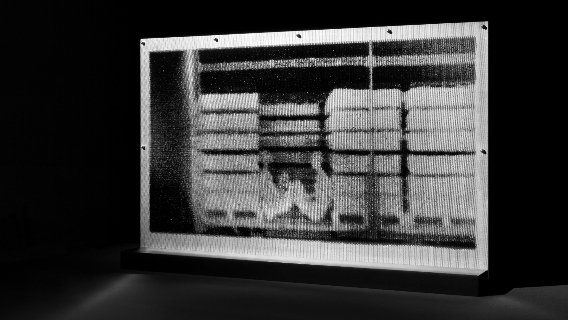 In the first round of the R&D scheme of 2019, 13 applications were approved for a total amount of € 115.888. There were a total of 57 applications for an amount of € 473.339. Each approved application receives a contribution that enables the visual artist to further develop his professional practice.

Sol Archer
The production of Daily life, Phase II, a continuation of the cultural collective in Belfast in collaboration with Household CIC, resulting in a public festival and a film.

Vincent Ceraudo
Sun Surface, a broad investigation into the development of aesthetic and socio-political issues in relation to the acceleration of the sun's energy, which results in an installation consisting of objects, sounds, texts, documents and moving images.

Edward Clydesdale Thomson
Landfall, a project with three research experiments that connect art, climate and conflict from the construction of huts and shelters. The experiments are situated in a future Dutch predicted climate with extreme rainfall, high temperatures and frequent storm winds.

Yoeri Guépin
Edible Histories / Olfactory Archives / Sensible Histories, a research project into the history of technical botany and the adaptation and representation of "new world" products in Dutch gastronomy.

Sami Hammana
Cable-laying Vessels; The Missing Link Between Colonial Wooden Ships and Undersea Cables, in which an attempt is made to create a narrative profile of the visible and invisible functions of the cable laying ship as an interscalar vehicle of former colonial activities, in the form of a film.

Lucie Havel
In-depth research Japanese knotweed, a focus on the plant Japanese centipede that has particularly disadvantageous properties, in order to learn how to use the plant as a material and to apply it in artistic practice for new thinking processes and new visual work.

Yoshinari Nishiki
Single Container Transport, a research into and the creation of a prototype to allow a person to travel the last mile of a ship container without motor support.

Natalia Papaeva
Who am I becoming, a personal investigation into what it means to be a Rotterdam artist now, after always being oriented to the original Siberian background.

Kari Robertson
Borderless Becoming: Reimagining Sovereignty with Orchids (working title), an exploration of concepts of sovereignty, by looking at different types of orchids in the Netherlands and South America, based on the philosophical texts of Deleuze and Guattari and Negri and Hardt.

Hester water
The (In) Perfect Woman - Sincerly not yours (working title), an investigation into an appropriate visual pamphlet that reflects the current image of the accepted commercialized mainstream image culture in general and the tendency and increasing double morality to women in in particular, is being questioned.

Otto Snoek
Van Kade tot Kade, a photo project about the Wilhelmina Pier, with the various symbolic aspects that belong to the quay; departure, arrival and escape as a starting point, in collaboration with the curator of the Nederlands Fotomuseum.