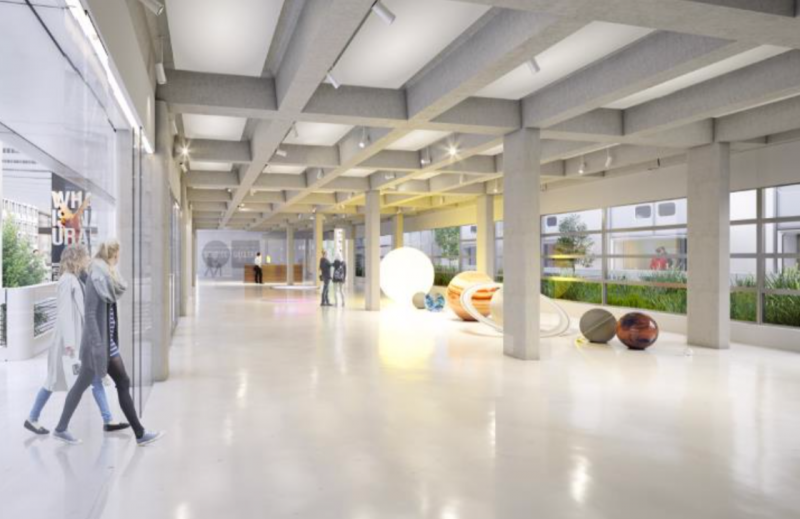 The Science Gallery concept has proven itself at locations elsewhere in the world in the past ten years as a way of involving social partners in the discussion about scientific research. The program focuses primarily on young people between the ages of 15 and 25. Several universities have already opened Science Galleries in Dublin, London, Venice, Bangalore, Detroit and Melbourne. The Science Galleries work together in the Science Gallery International network, which has been run by the World Economic Forum in recent years
invited as a discussion partner about the consequences of developments in science and technology for society.