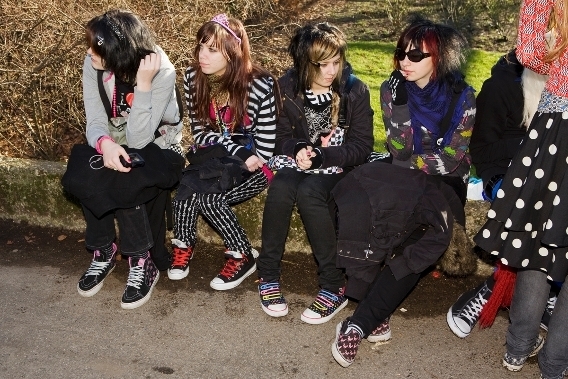 In the third round of the R&D scheme of 2018, 17 applications were approved for a total amount of € 117.700. There were a total of 41 applications for an amount of € 295.543. Each approved application receives a contribution that enables the visual artist to further develop his professional practice. The awards were made to: Nazif Lopulissa, Melvin Moti, Toine Klaassen, Gil & Moti, Katarina Zdjelar, David Maroto, Lorena van Bunning, Ryan Cherewaty, Aletta de Jong, Lavinia Xausa, Wapke Feenstra, Tor Jonsson, Vincent Dekkers, Martha Atienza, Daniel Tuomey, Amy Pickles

Nazif Lopulissa
The project PLAYGROUNDS: Fieldwork / Sourcebook / Sculptures consists of a period of five months in which Nazif Lopulissa conducts field research in which playgrounds in the public space of Rotterdam are documented and investigated for a new layering in artistic practice and more knowledge about form structure. The outcome is bundled in a source book and is the start for a new sculptural work.

Toine Klaassen
Inside Beyond Dimensional all stories, mindmaps, mindgrips, hallucinations, deja-vus, dreams, experiences and the experiences of The Dutch Bushman, the performer alter ego of Toine Klaassen, are recorded in drawings and paintings.

Gil & Moti
With the project, with the working title Wild Bet, Gil & Moti want to investigate the social role of gambling in Rotterdam. What is the relationship and significance of gambling within the Rotterdam immigrant communities and venturing the gamble by moving to a new unknown environment. The results are through re-enactment shown.

David Maroto
With Secret Gallery David Maroto wants to improve the circumstances so that his works can be optimally experienced. The project provides an experimental space in which new work can be displayed with innovative aspects.

Lorena van Bunning
The visual research into the use of time in the Ecuadorian Amazon is a study tour by Lorena van Bunning, to investigate the understanding and use of time, focusing on the rituals related to agriculture in general and the cultivation of food in particular.

Ryan Cherewaty
Emergent Properties, is a research by Ryan Cherewaty, into the planetary process that is also known as chain management with a central focus on the transport container. Here the vulnerabilities of important central places are depicted in digital animations.

Aletta de Jong
Aletta de Jong is going through a residence in NAIRS to investigate how it is possible for her to apply more performative elements in her professional practice in a conscious way.

Lavinia Xausa
Further than Hip-Hop, is a project by Lavinia Xausa, in which she investigates the differences and similarities of the sacred message of the former Dutch missionaries to the colonies and the message of rappers, who also want to proclaim their lyrics and lyrics and contribute to multicultural diversity. from Rotterdam. Both aim to build a common identity and a sense of belonging.

Wapke Feenstra
Post Soviet Rural: Identities in transit, is a project by Wapke Feenstra, in which she investigates how she can contribute to the reflection of artists in (Belarus) Russia on rural art in post-communism. A research in a complex context that contributes to sharpening her methods.

Tor Jonsson
Beyond the Pale, is a study by Tor Jonsson, in which he gathers the stories about climate change through a stay on the Zwarte Hoogte and the Maasvlakte. Combined with text, the intention is to present a visual translation through a publication.

Martha atienza
Our Islands, is the project of Martha Azienza, in which she participates in the Honolulu Biennale, researching the local community and how they can use art for dialogue and understanding.

Daniel Tuomey
The Bachelor Bad Museum is a project by Daniel Tuomey, in which he investigates the continuing relevance of modern museum homes for contemporary aesthetic and domestic life, attempting to disrupt the binary of public and private life and setting up his own museum home.

Amy Pickles
Amy Pickles wants with the project How to work when you have more than one body, choreograph the work of the Brazilian artist Lygia Clark (1920 - 1988) within the institutional and informal educational institutions.