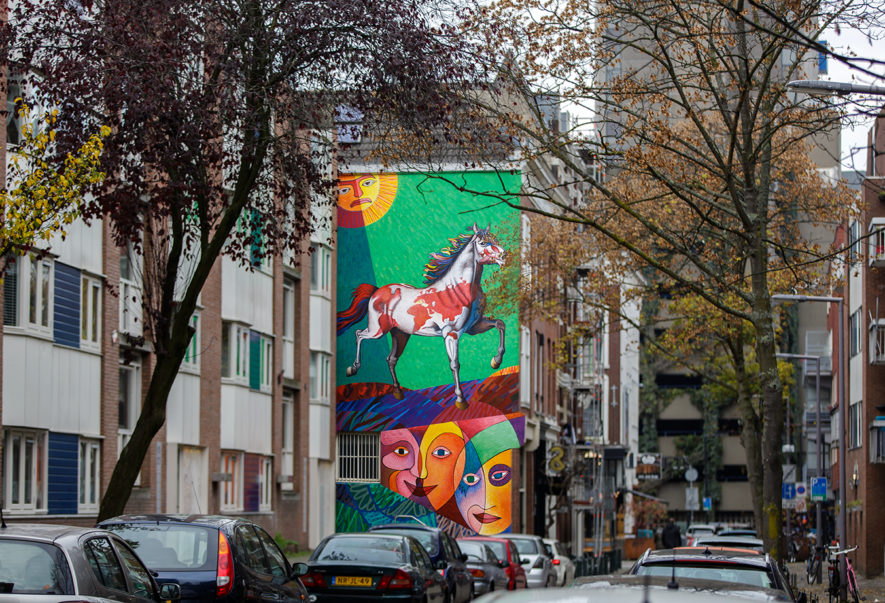 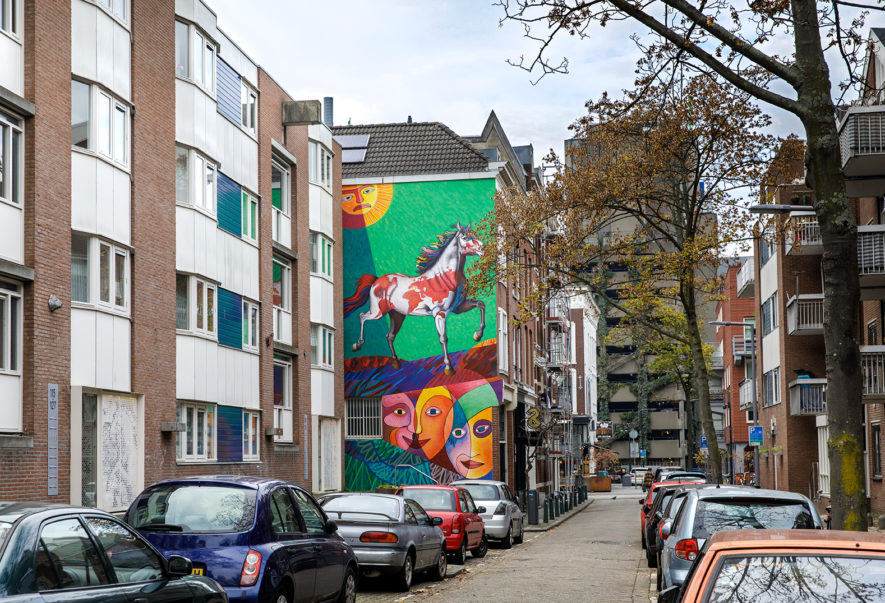 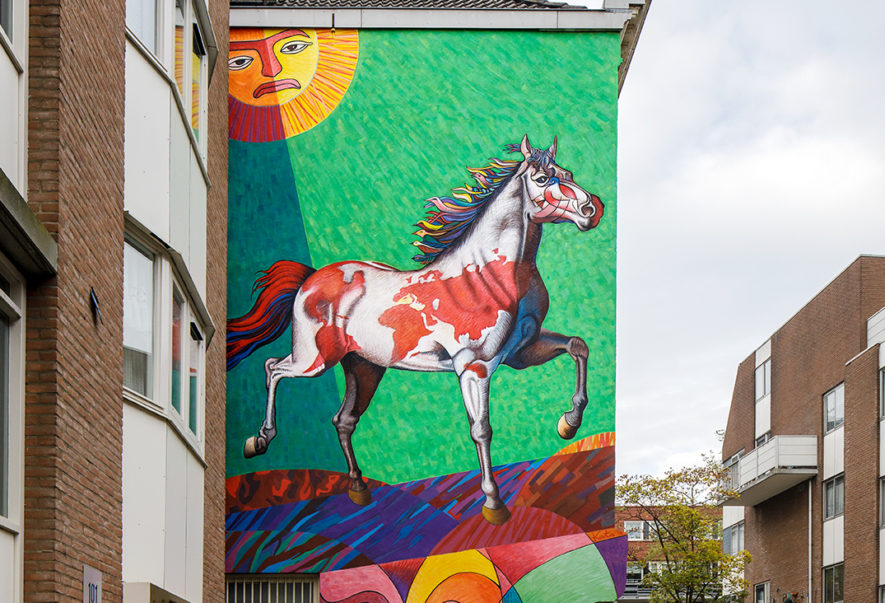 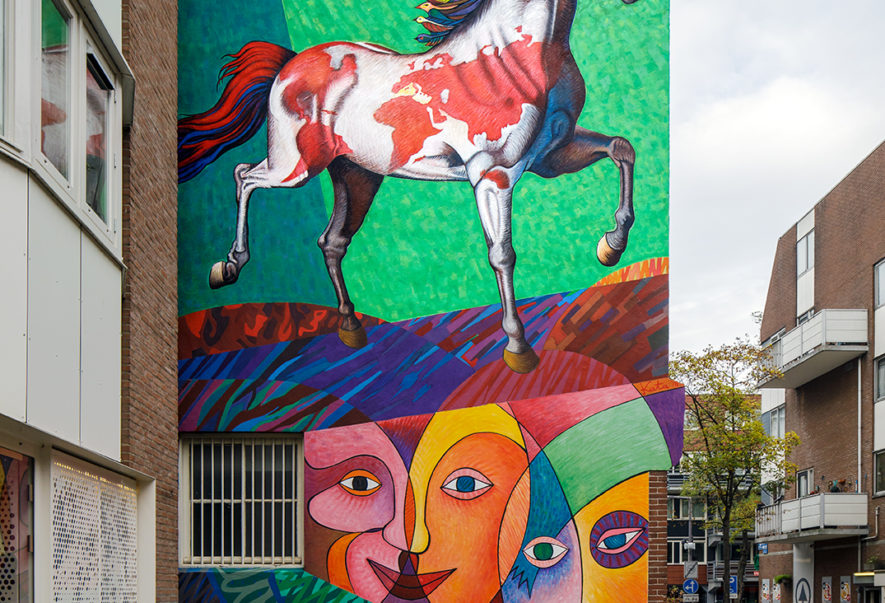 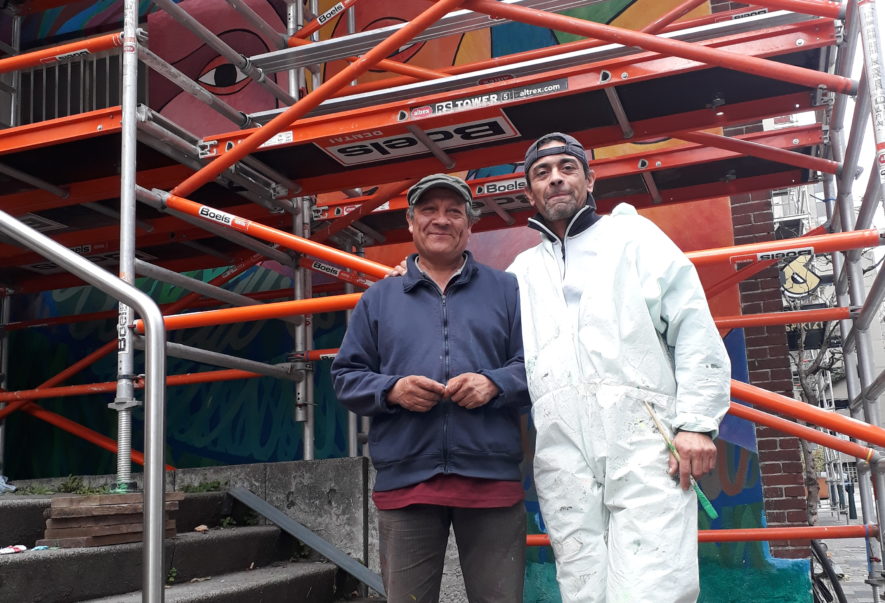 In 2007, the Rotterdam-Chilean muralist Kata Nunez made a colorful mural in the Zwarte Paardenstraat in Cool: a galloping horse that not only symbolizes freedom, but also global citizenship. The painting was commissioned by a number of residents.

Nunez was a pioneer of the mural in our city. Halfway through the 1970 years he came to Rotterdam as a refugee. He was initially part of various painting brigades. The brigades made politically committed murals everywhere in the Netherlands. His work later became increasingly personal in nature, but he maintained a social theme, as also visible in it El Trotamundos - 'the world traveler'. He painted murals for Vogelklas Karel Schot, Humanitas, the RET and CBK Rotterdam. The artist returned to Chile six years ago.

During a recent visit to Rotterdam, Nunez offered to restore El Trotamundos. After eleven years the mural made a somewhat dull impression. The painting was renewed in collaboration with CBK Rotterdam and the Zwarte Paardenstraat regained its unique colors.

For more photos of the work, visit the BKOR website.

40 year of Chilean refugees and solidarity Lectures about the development of murals in Rotterdam and the contribution made by Chilean artists.